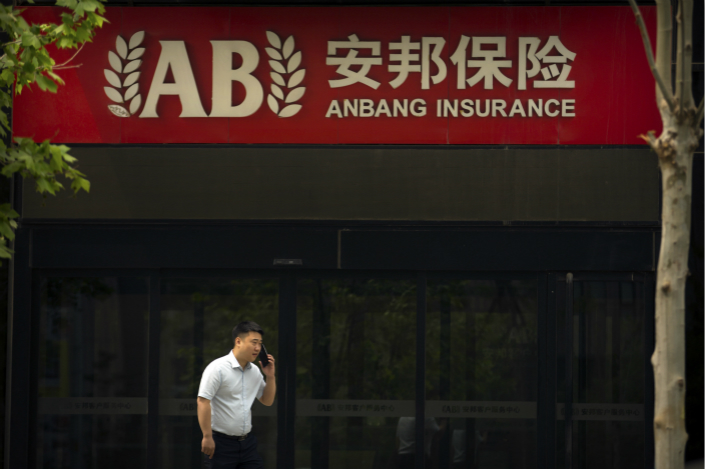 Anbang bought Century Securities in 2013, but the brokerage has struggled, placing last on a list of 98 securities firms compiled by the Securities Association of China in 2016 in terms of profitability. Photo: IC

The government team now running troubled Anbang Insurance Group is trying to offload the insurer’s majority stake in Century Securities for at least 3.56 billion yuan ($558.6 million), in what would be the first major asset disposal since regulators took control of the debt-ridden firm in February.

The insurance giant plans to sell all of its 91.65% holding in the Shenzhen-based brokerage for a lump sum payment, according to a filing posted on the China Beijing Equity Exchange on May 22. Anbang paid 1.7 billion yuan for the stake back in 2013, according to the Securities Times.

The disposal comes nearly two weeks after Anbang’s founder and former chairman, Wu Xiaohui, was sentenced to 18 years in prison for fundraising fraud and embezzlement, and follows an announcement by the company that it is forming a joint venture with state-owned developer Sino-Ocean Group Holding Ltd., which will take over some the insurer’s real-estate assets.

Anbang bought Century Securities in 2013 as part of an aggressive expansion strategy to become a major player in all sectors of the financial services industry, and the acquisition gave the group a valuable securities license. But the brokerage has struggled, partly due to the turmoil in the stock market in the summer of 2015 and the subsequent fallout in terms of slumping trading volumes. It was last on a list of 98 securities firms compiled by the Securities Association of China in 2016 in terms of profitability, after its earnings plummeted by nearly 99% from 2015 to 6.8 million yuan. The Beijing Equity Exchange filings show its profit slipped further to 2 million yuan in 2017, and in the first four months of 2018 it lost 51 million yuan.

Anbang was taken over by the China Insurance Regulatory Commission (CIRC) in February, with the goal of restructuring the business and protecting the interests of policyholders after an investigation into the company found violations of laws and regulations that threatened its solvency. The commission put in place a 31-strong team led by He Xiaofeng, a senior CIRC official, to control the group’s daily operations for a year, and possibly two if needed, to bring in “high-quality” capital and work out a restructuring plan.

China Insurance Security Fund, a state-run bailout fund for the industry, injected 60.8 billion yuan into the debt-ridden insurer in early April to stabilize its operations and ensure it could repay its debts.

Anbang started out as a car-insurance company in 2004 with registered capital of 500 million yuan. Under the ambitious leadership of Wu Xiaohui, it grew into a financial conglomerate with around 2 trillion yuan in assets, and interests in insurance, banking, investment, hotels, and property development. The firm attracted global attention through its high-profile overseas buying spree, picking up assets that included New York City’s luxury Waldorf Astoria hotel.