By Lin Jinbing and Li Liuxi 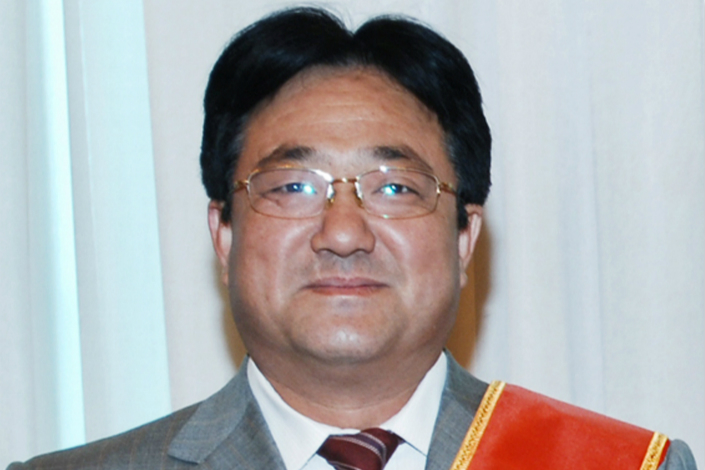 The case has highlighted the overcapacity problem in the heavy machine tool manufacturing sector, which supplies equipment to industries engaged in the production of cars, airplanes and ships, amid slowing economic growth.

The Jiangxi Provincial Public Security Department, the top law enforcement body in the southeastern province of Jiangxi, is investigating a loan fraud case involving the privately owned company and Chen is a suspect, the national Ministry of Public Security said in an arrest warrant seen by Caixin.

The ministry has called on police agencies across the country to immediately search for Chen, and is seeking information on his whereabouts.

One of Dalian Machine Tool’s creditors, Zhong Jiang International Trust Co. Ltd., which is run by the Jiangxi government, is reportedly involved in the case.

Despite the cash injection, the firm began defaulting on bonds in December 2016.

The trust firm later found that Dalian Machine Tool faked the accounts receivable documents. It then filed a lawsuit with a Jiangxi court in early 2017, a Zhong Jiang staff member told Caixin.

The court referred the case to the police, according to a Dalian Machine Tool filing (link in Chinese) to the Shanghai Clearing House, one of China’s central securities depositories.

Chen, 56, owns a majority stake in Dalian Machine Tool, which is based in the northeastern rust-belt province of Liaoning.

The company has defaulted on multiple bonds since late 2016. More than 100 creditors had reported claims totaling 22.4 billion yuan against the company by April 28, according to one of its most recent filings.

Dalian Machine Tool reported 9.3 billion yuan in revenue in the first three quarters of 2016, while its operating costs hit nearly 9.1 billion yuan. During the same time, its net profit declined nearly 20% year-on-year to less than 80 million yuan. It has not disclosed financial figures since then.