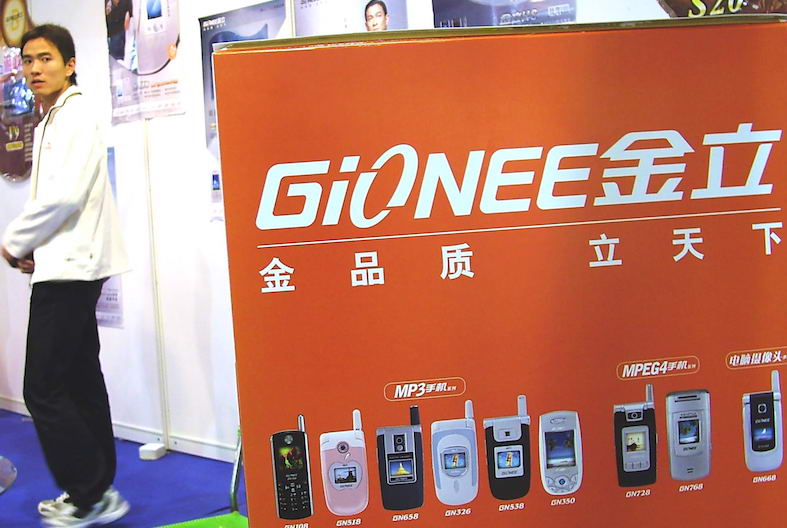 Shenzhen-based Gionee has been hit by a liquidity crunch since January. Photo: VCG

Gionee Communication Equipment Co.’s finance chief told a meeting of more than 50 suppliers and creditors Wednesday at the company’s headquarters that a company with a “state capital background” is planning to take over Gionee and that a restructuring is on the horizon. The chief financial officer, He Dabing, said the company’s total liabilities amount to 20 billion yuan ($3.1 billion).

Shenzhen-based Gionee, which competes with larger rivals such as Huawei Technologies and Xiaomi Inc., is one of a number of Chinese companies that have recently been hit with debt crises after years of borrowing-fueled expansion. Gionee acknowledged its financial troubles in January and attributed them to overspending in the past few years, including investments in financial institutions and properties.

Without identifying the rescuer, CFO He said the investor has 80 billion yuan in registered capital. He said Gionee and the investor signed a restructuring agreement May 22.

According to a timetable in the agreement, the new investor will sign formal acquisition agreements with Gionee’s shareholders by Thursday and disclose the matter to the Shenzhen Stock Exchange where the privately held company issued private placement bonds.

Chinese media outlets previously reported that Hisense Co., a major maker of appliances and electronics based in Qingdao, Shandong province, was expected to acquire Gionee. A person close to Hisense told Caixin that Hisense approached Gionee in December, but the talks broke off because of objections by Liu.

The person said that at the time Liu thought Gionee, still in the early stages of its debt crisis, would have other options besides selling itself.

Gionee, founded in 2002, is ranked sixth by sales among China’s smartphone companies with a 4.8% market share in 2017, down from 6.6% a year earlier, according to the research firm IDC.

Gionee is highly dependent on the domestic market. The company is also trying to shore up brand awareness in overseas markets including India and some Central Asian countries. But Gionee has stumbled in the past year as it was overtaken in India by more market-savvy Chinese rivals such as Xiaomi, and sales in the home market slipped.

Gionee’s liquidity crunch was first exposed last December when O-film Tech Co., which provides digital camera components for Gionee’s smartphones, said Gionee owed it 626 million yuan. O-film said it had to take measures to protect its assets, including asking courts to freeze a portion of the company and its chairman’s assets.

The move caused panic among other suppliers and prompted some major suppliers to stop providing materials, which has led to the layoff of 50% of the workers at Gionee’s main plant in Dongguan, Guangdong province.

Gionee is also slashing the prices of its cellphones to stay afloat. The finance chief said products are currently sold at no profit or even at a loss, only “to maintain its network of distributors.”