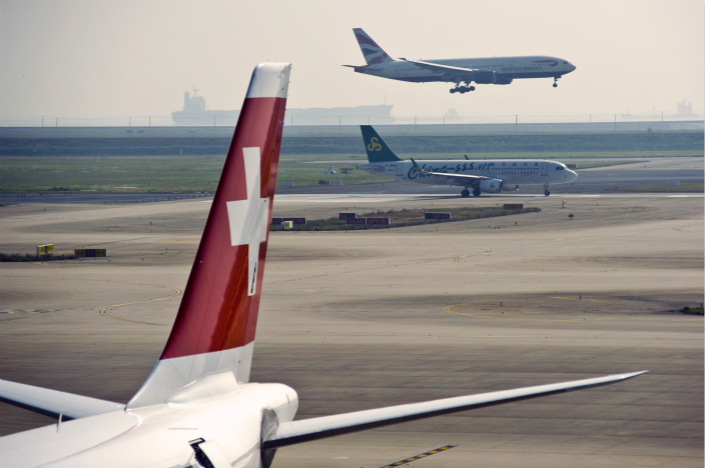 Flights from around the world land and taxi at Shanghai's Pudong International Airport on May 14. Photo: VCG

Many foreign airlines, including some American carriers, are complying with Beijing’s demand to list Taiwan, Hong Kong and Macau as territories of China on their websites.

Eighteen of the 44 foreign airlines that were required to do so last month have already complied, according to the Civil Aviation Administration of China (CAAC). The other 26 carriers have been given until July 25 to make modifications, CAAC said, without providing a full list of the companies.

CAAC wrote to the 44 foreign airlines last month demanding they “address contents on their official websites which violate Chinese law and the one-China policy.”

The demand is a sign of Beijing’s growing assertiveness on the world stage, according to analysts, and the move provoked criticism from the Trump administration, which said it was “part of a growing trend by the Chinese Communist Party to impose its political views on American citizens and private companies.”

White House press secretary Sarah Huckabee Sanders said on May 5 that the American carriers were being targeted by what she called China’s “Orwellian nonsense.”

Former colonies Hong Kong and Macau, which were returned to China from the U.K. in 1997 and Portugal in 1999 respectively, are now officially part of China but are classified as special administrative regions and enjoy significant autonomy in politics, judicial affairs and trade.

Chinese mainland authorities regard Taiwan as a renegade province, though the two areas have been ruled by separate governments since 1949.

In response to the U.S. criticism, Ministry of Foreign Affairs spokesperson Geng Shuang told reporters earlier this month that foreign enterprises operating in China should respect China's sovereignty and territorial integrity, abide by Chinese law and respect the feelings of the Chinese people. “This is the basic principle for them to follow when doing business here,” he said.

Atlanta-based Delta Airlines and hotel chain Marriott International Inc. were among the foreign companies that were forced to apologize after being rebuked by Chinese authorities over their “politically incorrect” country lists.