Anhui Looks to Trade Control of Chery for $3 Billion

By An Limin and Jason Tan 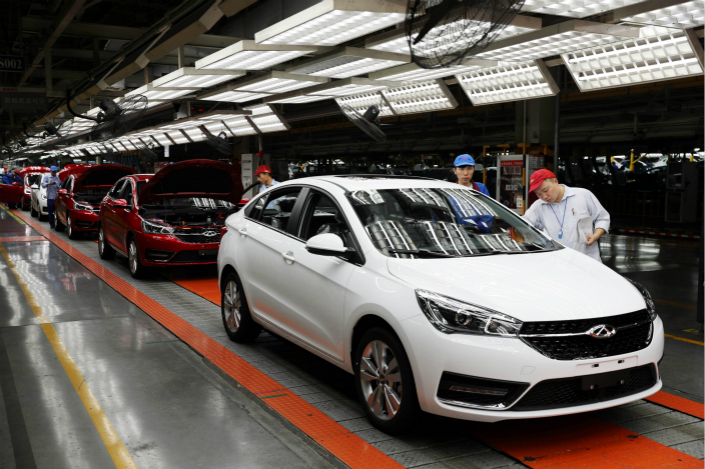 The deal, which is expected to be sealed in June, will see the Anhui provincial government relinquish its control over the company — although it will retain veto powers to ensure the company does not move operations out of the East China province.

Parties that have shown an interest in investing include property and insurance conglomerate Baoneng Group and investment firm Fosun International Ltd., said people familiar with the matter.

But despite offering a cash infusion of over 25 billion yuan, Baoneng has apparently been denied because the Anhui government would prefer a “simpler” investor, a source said.

Baoneng has been beefing up its investment in China’s booming electric vehicle sector, setting up facilities to build electric vehicles and components, and acquiring stakes in several automakers. It already owns a 51% stake in Qoros Automotive Co. Ltd., a joint venture set up by Chery and Israeli billionaire Idan Ofer’s Kenon Holdings Ltd. in 2007.

Chery reported a net cash outflow of 3.1 billion yuan last year, a turnaround from its net cash inflow of 3.5 billion yuan a year ago. Its debt-to-asset ratio has hovered at 75% over the past few years, a number which analysts said was higher than the 40% to 60% usual for most automakers.

Founded by the government in 1997 to help develop made-in-China vehicles, Chery was once a pioneer, claiming in 2007 to be the first Chinese carmaker to produce 1 million vehicles annually.

Its Israeli venture, Qoros, is a testament to its aspirations to become first domestic car brand to export overseas, but the first model wasn’t introduced to the market until 2013, and the company has been bleeding cash.

Chery’s car sales on its home turf have been gradually declining since 2010 due to intense competition and the poor positioning of its car offerings, industry observers said.