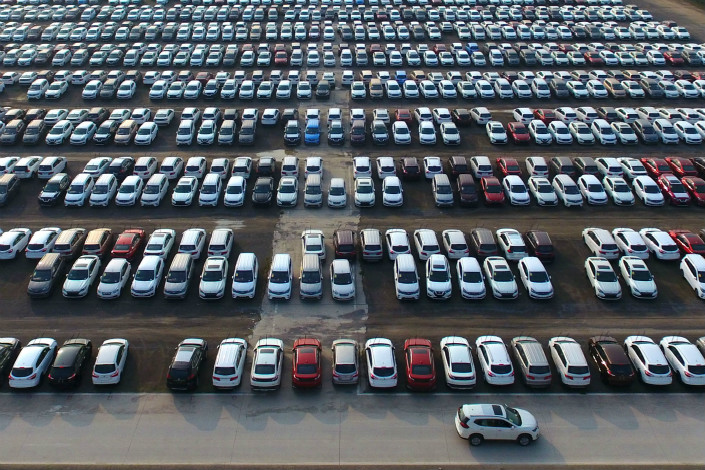 The world’s largest auto market might be too big for its own good.

The Chinese market, which once again topped the world in car sales last year with 28.88 million units sold, can’t support more than 10 major automakers in the long haul, experts and industry executives said at this week’s Beijing auto show.

This belief signals an upcoming round of consolidation among China’s estimated 184 automakers — a figure that includes all of the country’s foreign joint ventures, state-owned groups and private companies. Any shake-up would come at a time when the industry is being reshaped by trends such as the rise of the connected car and ride-sharing platforms, as well as the growing popularity of new-energy vehicles.

The “battlefield” of any such industry consolidation would take place in the new-energy vehicle segment, said Xu Changming of the State Information Center, a Chinese government think tank, at the auto show.

Since 2010, the government has been offering enormous subsidies to speed along the development of the new-energy vehicle industry, making China the world’s largest market for electric cars.

But because Beijing plans to phase out the subsidies by 2020 and introduce a quota system next year that will mandate production of some new-energy vehicles, automakers have switched gears.

Carmakers that can adapt to the new environment will survive, while everyone else will be pushed out of the market, said Li Shufu, CEO of Geely Holding Group Co. Ltd., China’s largest private automaker.

A major shift came earlier this month when the government announced it will abolish the current 50% foreign ownership cap on electric vehicle-making ventures by the end of this year and will remove the ceilings on all commercial and passenger vehicles in 2020 and 2022 respectively.

Xu said that the end of ownership restrictions will hurt large state-owned automakers, whose revenues have long relied on their joint ventures with foreign automakers.

Also, the shift in the auto industry comes as the car is increasingly seen as a connected platform for offering digital services, rather than a mode of transportation.

Traditional automakers will need to embrace the age of the internet if they want to satisfy the demands of younger consumers, said Dong Yang of the China Association of Automobile Manufacturers.

Additionally, with the success of ride-hailing platforms like Didi Chuxing Technology Co., the entire concept of personal transportation could shift from owning a car to sharing a car.

Dong agreed that the industry urgently needs to change. He predicted that roughly 10 automakers will come to dominate the domestic auto industry.