China Rolls Out Timetable for Ending Caps on Car-Making Ventures 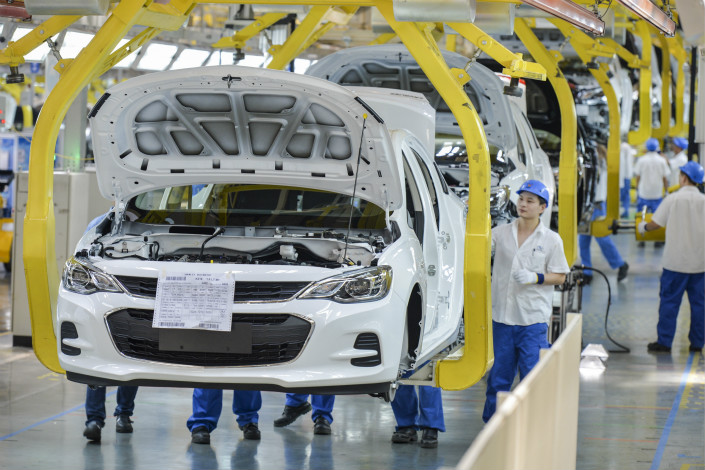 (Beijing) — China will further open its car market by allowing foreign automakers to take full ownership of their local ventures by 2022, a move that is likely to mostly benefit electric-car producers like Tesla Inc.

The current 50% foreign ownership cap on electric vehicle-making ventures will be abolished by the end of this year, while the ceilings for all commercial and passenger vehicles will end in 2020 and 2022 respectively, the National Development and Reform Commission (NDRC), China’s top economic planner, said Tuesday on its website (link in Chinese).

The rollout of a clear timetable to open the car industry coincides with Chinese president Xi Jinping’s announcement last week that the country would ease restrictions on foreign ownership of local car-making plants and sharply lower auto import tariffs this year.

China requires foreign companies to tie up with local partners to make vehicles in the country and caps their ownership at 50% in joint ventures, partly in a bid to acquire foreign technology and nurture its own car industry. Foreign companies complain such practices force them to transfer their technology to local partners, and also deprive them of control of their Chinese operations.

The opening road map was unveiled as China has increasingly focused on a shift to new-energy vehicles in a bid to clean up the country’s air and encourage development of new technologies. Beijing has offered generous subsidies for years, and will roll out a quota system next year to ensure that new energy vehicles are a significant part of traditional automakers’ sales.

California-based Tesla was negotiating with Shanghai last year to open an assembly plant in the city, but the plan reportedly stalled due to disagreement on ownership structure. The new rule set to take effect by year-end could break that impasse by allowing Tesla to open a fully owned manufacturing facility in China without the need for a local partner.

Market watchers said the invitation of more outside participants into the new-energy vehicle sector is generally in line with Beijing’s agenda, which includes an eventual phaseout of traditional gas-powered vehicles by an unspecified date.

“China’s government has tried to bring in more private companies to develop the technology, said Wang Cun, an industry analyst with the China Automobile Dealers Association. “Allowing foreign companies to set up fully-owned facilities would further energize the sector.”

Foreign automakers’ existing China joint ventures are not expected to see a big impact from the ownership rule changes.

General Motors Co. has said it would not abandon its Chinese partner, SAIC Motor, which it said has helped its growth in China. Automakers including BMW and Volkswagen AG have previously signed deals to prolong their own joint venture agreements through 2028 and 2039 respectively.

In a related development, the NDRC said Tuesday that China will abolish a similar foreign ownership cap on aircraft manufacturing by the end of this year.