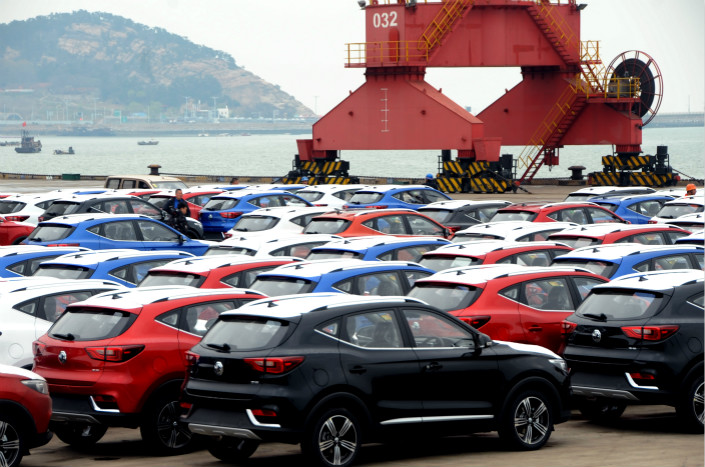 Xi’s announcement, in his keynote speech at the Boao Forum in South China’s Hainan province, came after months of signals about market-opening for the important auto industry by policymakers and government officials.

Xi said import tariffs will be lowered “by significant margins,” but did not provide more specifics. He also didn’t provide any detail on changes to limitations on foreign-invested local auto-making ventures.

China has imposed a tariff rate of 25% on imported cars since 2006.

Foreign automakers have long complained the manufacturing ownership restrictions deprive them of operational control, and also frequently force them to transfer their proprietary technology to their Chinese partners.

Xi’s announcement came after China’s Ministry of Foreign Affairs said in November that the current 50% limit on foreign companies’ ownership of car-making ventures would be eased for manufacturers of new-energy cars in free trade zones by June.

It was not clear whether Xi’s promise would mean that easing of ownership restrictions would be applied to traditional combustion vehicles, a source close to the policymaker told Caixin on Tuesday. The source said several factors will affect the extent to which ownership rules will be eased, including whether the rule limiting foreign companies to a maximum of two joint ventures will be removed.

U.S. President Donald Trump, who has long complained about the trade imbalance between the two countries, has since joined Musk to voice dissatisfaction about China’s car policies.