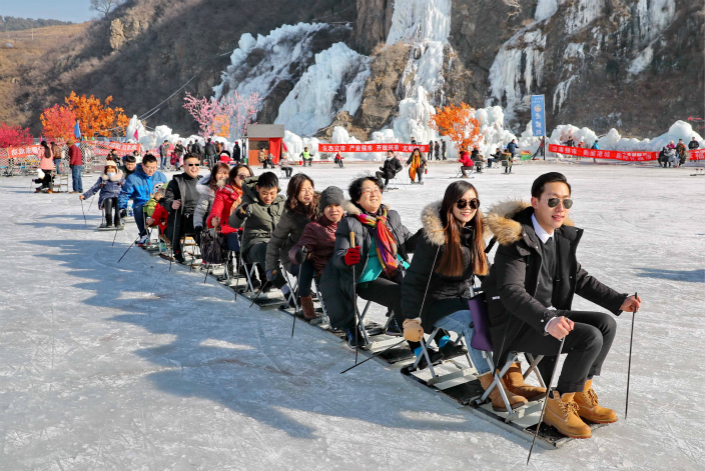 (Reuters) — Northern China’s Hebei province will build winter sports and tourism facilities to create an “ice and snow industry” worth as much as 150 billion yuan ($23.4 billion) a year by 2025, the provincial government said on Wednesday.

Smog-prone Hebei, which almost completely surrounds Beijing, is looking for new and sustainable sources of economic growth to reduce its dependence on polluting heavy industries like steel and chemicals.

It has also promised to clean up as it prepares to host events for the 2022 Winter Olympic Games in Beijing.

In its “ice and snow industry development plan,” the province said it will build 100 ski resorts and 250 ice skating venues by 2025. It also said it will aim to have 15 professional ice sports teams and more than 1,200 ice sports athletes by the time the Olympics are staged in 2022.

The provincial government said on its website that it will aim to get local athletes to participate in the 2022 games and “even win gold medals.”

It would also develop an ice and snow equipment-manufacturing sector worth more than 10 billion yuan annually, and wants to earn around 120 billion yuan a year from winter tourism by 2025, it said.

Hebei’s Zhangjiakou, a city about 156 kilometers (97 miles) northwest of Beijing, will stage skiing and snowboarding events for the 2022 games, which are expected to rely almost entirely on artificial snow.