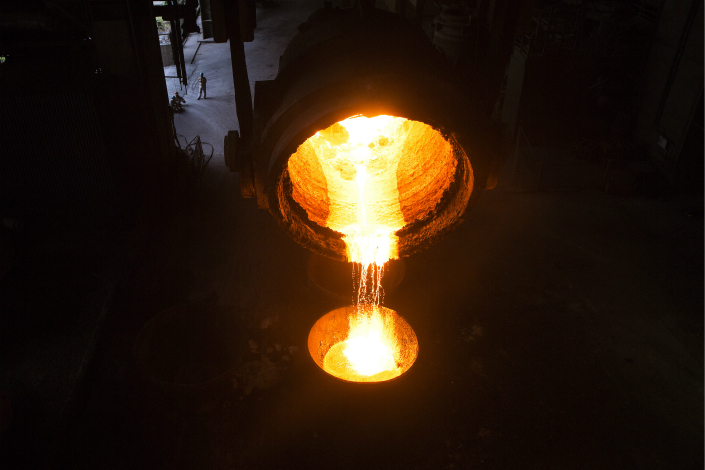 Steel is made in Wuhan, Hubei province in 2016. Photo: VCG

Leading steelmaker China BaoWu Steel Group Corp. Ltd. will sell half of an Australian high-grade metallurgical coal project it owns to local partner South32 Ltd. for up to $200 million, the Australian company said.

As part of the deal, South32 will take over operations of the Eagle Downs project in Queensland’s Bowen Basin, according to a statement released on Tuesday. The remaining 50% of the project will be held by Aquila Resources Pty. Ltd., an Australian company that BaoWu acquired in 2014.

South32 will pay $106 million up front for its 50% of the project, with another $27 million due three years after the deal is completed. A coal price royalty of up to $80 million will also be payable as part of the deal.

Chinese companies previously embarked on a wide-ranging global buying spree for natural resource assets, in a bid to secure ores and minerals to feed the country’s fast-growing economy. But the buying spree slowed considerably after China’s economy began to cool in recent years and global commodity prices weakened, prompting Chinese firms to sell off some of those offshore assets.

South32 already has a relationship with BaoWu as a supplier of manganese ore and alloy to the Chinese company.

“We are very pleased to be able to further strengthen this relationship by assuming operatorship of Eagle Downs,” said South32 CEO Graham Kerr.

“This acquisition embeds an attractive development option within our growing operating footprint and puts our strong balance sheet to work in a disciplined manner. This high quality metallurgical coal project benefits from prior investment which has the potential to support its accelerated development and deliver significant value to both South32 and Aquila.”

Following the closure of the deal, South32 said it intends to conduct a final feasibility study into the mine’s operation and development.