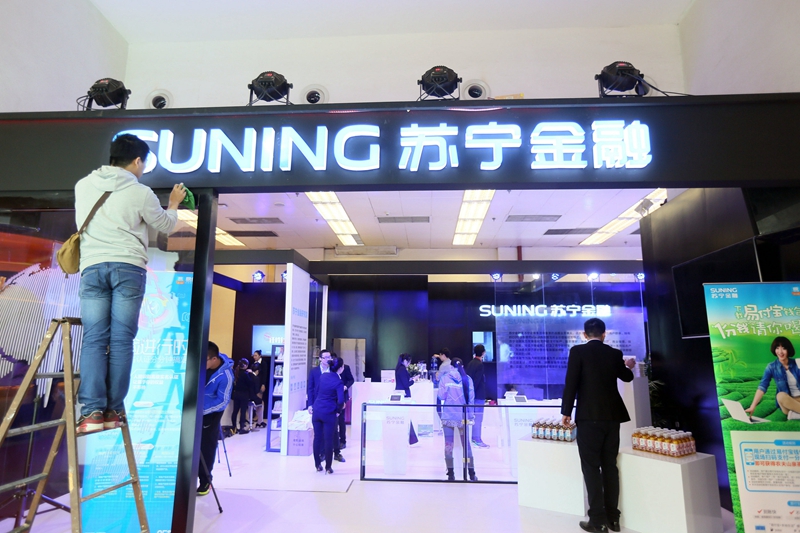 After a delay of 16 years, China is expected to finally roll out regulations for financial holding companies later this year.

The news comes after regulators issued a guidance document in April on strengthening the supervision of non-financial companies that invest in financial organizations.

China’s central regulators first attempted to set boundaries and rules for financial holding companies after the international Joint Forum on Financial Conglomerates issued its regulations in 1999 and after Taiwan introduced its Financial Holding Company Act in 2001. In 2002, China’s central bank formed a task force in collaboration with financial conglomerate CITIC Group to study international regulatory practices. The task force eventually produced draft regulations, but its recommendations were put aside for over a decade due to a lack of consensus between government agencies on who should regulate financial holding companies and how they should do so.

There are 28 private enterprises in China that have equity holdings in more than five financial institutions, according to data provided by Bai Hexiang, president of the Xi’an branch of the People’s Bank of China. The top three investors in financial institutions, by investment volume, are Tomorrow Holdings, Anbang Insurance Group, and HNA Group.

This has resulted in significant risk for the Chinese financial system as a whole, experts say. After investing in financial institutions, many non-financial companies ignore corporate governance standards and conduct repeated related-party transactions between subsidiaries to provide funding for the parent company, as was the case with Chengdu Rural Commercial Bank and Anbang. "It is unscrupulous and ugly, and totally without regard for manners," an industry source told Caixin.

Financial holding companies often carry hidden financial risks, according to Hu Xiaolian, chairman of the China Export-Import Bank. Their leverage ratios tend to be very high, they have little control over their debt, and frequently loose sight of their original non-financial functions, Hu said.

Regulators have also increased their scrutiny of non-financial state-owned and state-backed enterprises attempting to enter the financial industry. Local governments use financial holding platforms like Tianjin TEDA Investment Holding and Guangzhou Yuexiu Financial Holdings to directly control local core financial resources and promote local economic growth. Financial assets are especially attractive in areas where economic development is lagging or where growth has declined significantly in recent years, because financial platforms promise to provide revenue for local governments every year, unlike industrial investments that need lead time to become profitable, according to a report by CITIC Construction.

Domestic and international regulators alike are struggling with the question of how, and how much, to regulate this new internet finance sector. Zhang Jinfan, a former International Monetary Fund economist and associate professor at the Shenzhen campus of the Chinese University of Hong Kong, told Caixin that regulators should consider whether it’s necessary to implement the same strong standards for internet giants as for other financial holding companies. In Zhang’s opinion, the strengthening of measures against internet finance risks over the past two years has closed up regulatory gaps and so it might not be appropriate at present to constrain ongoing financial innovation by these large-scale internet platforms.

Recent publications by former PBOC financial stability bureau director Lu Lei and other policymakers suggest another idea regulators may incorporate into the new regulations: Non-financial companies that already have controlling stakes in two or more financial institutions and whose financial industry assets have reached a certain size may be required to establish specialized financial companies to manage the group’s internal financial services to isolate risk and rationalize the group’s overall organizational structure.

Furthermore, the guidance document issued in April by the PBOC, CBIRC and CSRC stipulates that the controlling shareholders of a financial institution must, in principle, meet certain minimum criteria, such as having made a profit for three consecutive years and having net assets no lower than 40% of total assets. The document also established a list of conditions, including unfair competition due to technological advantage and high-leverage investments, which would automatically disqualify companies from becoming controlling shareholders of financial institutions.

A problem created by past policies

In contrast to its stance today, China’s central government previously supported the integration of non-financial central state-owned enterprises with financial companies. At a meeting with the heads of central state-owned enterprises in December 2010, China’s State-owned Assets Supervision and Administration Commission (SASAC) voiced for the first time its clear support for the practice, calling integration a “necessary path for cultivating large, internationally competitive enterprises.”

But according to Wang Jun, a former chief financial expert at the World Bank, financial holding companies controlled by non-financial groups have difficulty finding international success because non-financial companies lack knowledge of how to manage financial risks, creating a high probability of failure.

A number of central government-owned enterprise executives told Caixin that most of them are deviating from their main businesses “just to make money.” In China, they said, a non-financial company involving itself in a financial business does so only because there are high profits in the financial industry. “Making money in finance is enough, who cares about the main business,” an executive at Chinatex Corporation told Caixin.

A SASAC law and regulation bureau official told Caixin that one of the central government's main goals this year is to prevent companies from straying from their main business objectives. As part of this, SASAC no longer advocates the integration of industry and finance. After all, finance is not an area that most central government-owned enterprises are familiar with, the official said.

Unlike in 2002, it is clear that the central bank will be responsible for supervising financial holding companies, with regulation led by its financial stability bureau. The regulatory constraints on financial holding companies will cover capital adequacy ratios, regulation of related-party transactions, improvement of governance structures, limits on leverage, and strengthening the validation of capital contributions.

But events in the past 16 years have shown that the separate supervision of banks, insurance companies and securities firms can easily lead to regulatory arbitrage by companies and a lack of accountability by individual regulators. For example, at the end of 2010, Anbang Insurance Group took a stake in Chengdu Rural Commercial Bank in a transaction that went against multiple banking regulations but was allowed to continue. According to informed sources, the attitude of the China Banking Regulatory Commission at the time was that if the insurance regulators agreed to the move, they too would agree, since Anbang, as an insurer, was under the jurisdiction of the China Insurance Regulatory Commission.

Now, “regulatory authorities have finally realized that financial holding companies do need supervision and are not easily regulated," a person close to the central bank told Caixin.