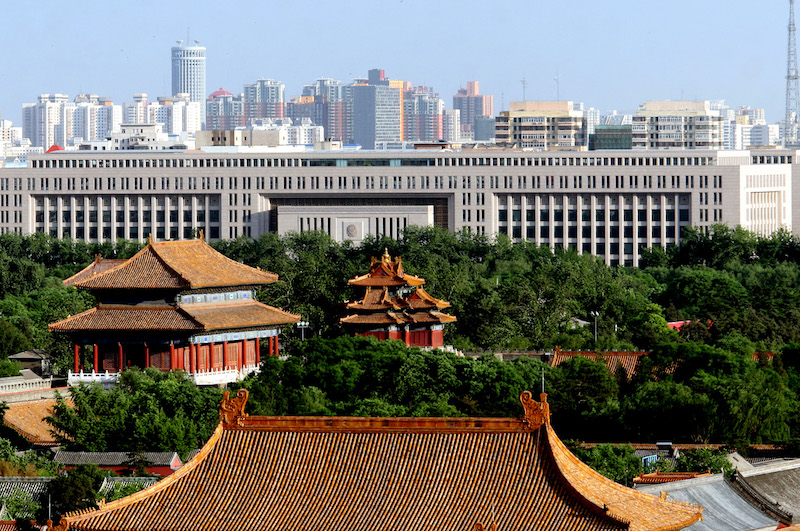 The headquarters building of the Ministry of Public Security in central Beijing. Photo: VCG

China’s financial regulator will work closely with law enforcement departments to crack down on irregularities in internet finance, underground banks and illegal foreign exchange trading, the central bank said Monday in a statement.

The People’s Bank of China will join forces with the Ministry of Public Security by sharing information, enhancing collaboration, toughening punishments and strengthening public education, according to the statement. The statement followed a meeting between a team from the monetary authority led by Vice Governor Pan Gongsheng and Meng Qingfeng, vice public security minister.

The central bank’s comment reflects the regulator’s continued commitment to clean up market misconduct, especially violations emerging with the rise of internet finance.

“In the internet era, the financial regulator finds it difficult to rely on itself. A joint department mechanism involving cooperation between central and local authorities will be the next step of internet finance regulation,” a person close to the central bank said.

The central bank has launched a nationwide campaign to inspect and crack down on irregularities related to internet finance since 2016. The campaign, which was set to conclude at the end of June, is expected to be extended as regulating internet finance has been listed as one of the major tasks over the next three years, Caixin learned from sources close to the central bank.

In February, the State Administration of Foreign Exchange under the central bank launched a joint task force with the public security ministry to crack down on unlawful currency trading that has thrived on the internet.