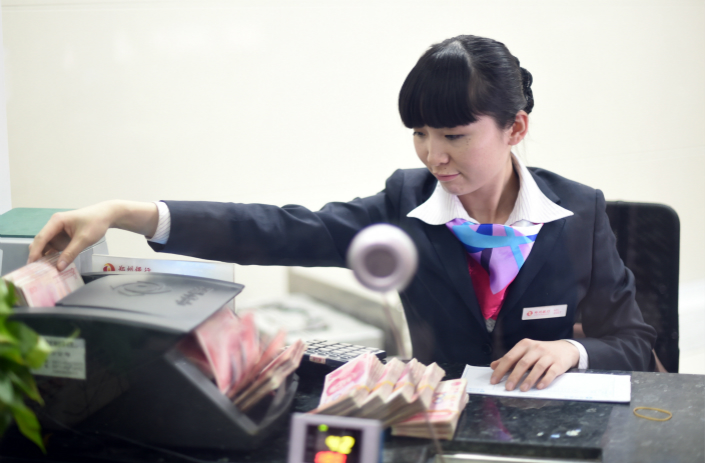 The China Banking and Insurance Regulatory Commissionto has introduced a new regulation to curb lending to companies that are taking on more debt than what they can repay. Photo: VCG

(Beijing) — China will require banks lending to the same company to share information of the borrower and jointly set a limit of the total credit the firm may get, in a bid to rein in excessive financing as the government’s deleveraging campaign rages on.

The new regulation aims to address the problem of fragmented borrowers’ information at banks to curb lending to companies that are taking on more debt than what they can repay, the country’s banking and insurance regulator said.

Lenders must establish a “joint credit granting mechanism” for a corporate borrower if the company has borrowed over 5 billion yuan ($780 million) combined from more than three banks, the China Banking and Insurance Regulatory Commission (CBIRC) said in rules (link in Chinese) published Friday.

Banks are encouraged to set up such a system for an enterprise that has borrowed a total of 2 billion to 5 billion yuan from more than three lenders, the rules said.

Under the mechanism, banks will also share knowledge of the borrower’s overall debt buildup, its actual controller and unreported affiliated companies; cross-check with each other the firm’s business and financial records; assess its real financing needs and the maximum amount of debt it will be able to pay back; and take measures jointly to tackle possible risks, according to the rules.

The CBIRC’s regional branches across China are being asked to each select at least five companies to participate in a trial program to try out the rules and file the name lists of the firms to the CBIRC headquarters by the end of this month. The commission has 36 provincial-level outlets in the country, meaning at least 180 companies would be selected.

“The problem of borrowing from different lenders and excessive financing by enterprises in China has become increasingly outstanding in recent years,” an unnamed official with the CBIRC said in a separate statement (link in Chinese) on Friday on the rules.

The situation is brewing “severe potential risks” as some big and midsize companies, although their ability to repay debt is weak, have come under heavy financial burdens as their total debts and leverage ratios spike, the official said.

“The joint credit-granting mechanism will help strengthen information-sharing between banks, reduce imprudent loan issuance due to fragmented information, and restrict the room for enterprises to borrow from multiple lenders, so as to effectively prevent companies from financing beyond their solvency,” the official added.

The mechanism is expected to intensify competition between banks for borrowers of high credit quality, said Wang Jian, a senior banking analyst at Guosen Securities Co.

“It will be harder for banks with a poor customer base to approach (quality) borrowers. But banks with a good customer base will serve their borrowers well and take a leading role in the joint credit granting mechanism when necessary,” he told Caixin.

But he indicated that banks may be reluctant to share data of companies because such information is deemed as the lenders’ intangible assets.