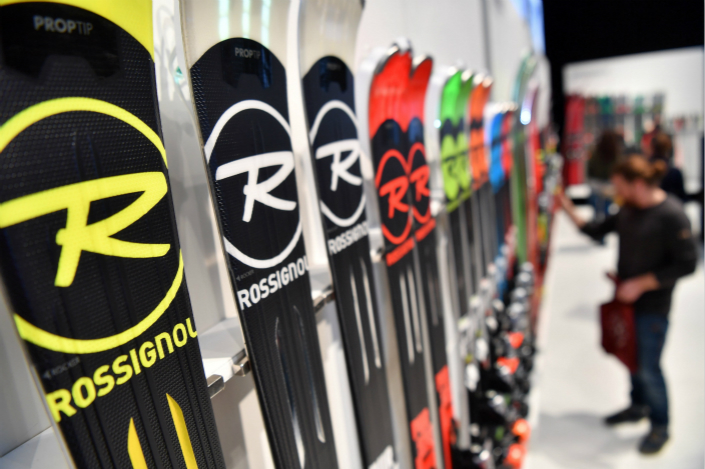 Customers check out Rossignol skis at an event in Germany on Jan. 28. Photo: VCG

The partnership came as IDG bought a 20% stake in the Grenoble-based manufacturer of ski equipment, boots and cycling outfits, Rossignol announced on Monday.

The financial details of the transaction weren’t disclosed. “We are particularly committed to contributing to the growth of the outdoor sports market in the region, and to taking a decisive part in it,” said Bruno Cercley, president and CEO of Rossignol. “The context is very favourable, with a multiplication of state initiatives and growing consumer demand on the eve of the 2022 Olympic Winter Games in Beijing,” he said.

Winter sports arrived in China relatively recently, with skiing introduced to the market in 1995, but the sector is on a fast track to growth. The General Administration of Sport plans for 300 million Chinese to take part in winter sports by 2025 and for the industry to be worth 1 trillion yuan ($156 billion).

Although the company has no official presence in the Chinese market, some Rossignol brands are already available through franchise partners. Its Rossignol Apparel line — marketed locally as “Jinji,” which means “golden rooster” in Chinese — as well as its ski-equipment brand Dynastar and cycling gear product line Raidlight-Vertical are sold in China.

After partnering with IDG, which in 1992 became the first foreign investment firm to enter China, Rossignol will focus on promoting its brand in China, including opening flagship stores, developing e-commerce channels and getting involved in local skiing competitions, according to Chinese media outlet 36kr.

Rossignol is not the only company that wishes to ride the winter sports avalanche, as Chinese sportswear-makers have formed ties with foreign brands to tap into the emerging market. 361 Degrees International Ltd. set up a joint venture with Finnish brand One Way Sport in 2013 to produce and distribute its winter and outdoor products in the greater China region. A similar deal was inked in 2016 between China’s Anta Sports Products Ltd. and Japanese ski sports-gear maker Descente Ltd.