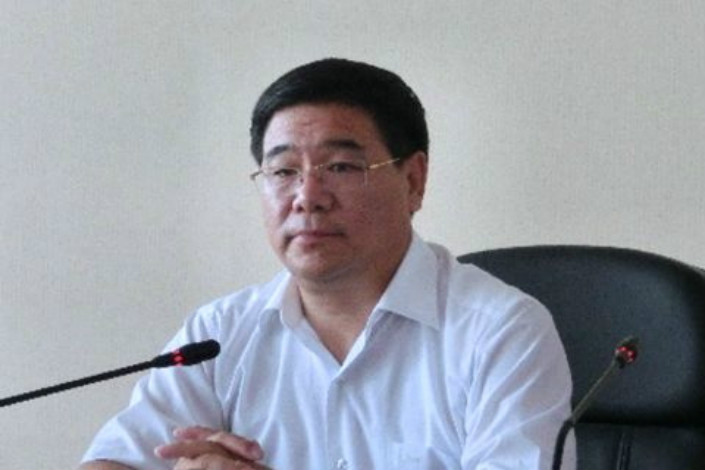 Li Min is the former vice mayor of Zhangjiakou, the city that along with Beijing will host the Winter Olympics in 2022. Photo: GMW.cn

Li Min, the deputy director of the coordinating body overseeing Winter Olympics preparations in Zhangjiakou, a city just outside Beijing, is suspected of embezzlement and accepting bribes, according to China’s top prosecutorial office.

Li was previously the vice mayor of Zhangjiakou.

Li is accused of using his position to seek benefits for others while receiving bribes, and of illegally obtaining government assets, said China’s Supreme People’s Procuratorate. It did not specify the amount that Li allegedly received and embezzled, but said the value was extremely high.

Preparations for the 2022 Winter Olympics, which will be held in Beijing and Zhangjiakou, have included the construction of a high-speed railway that cuts the travel time between the two cities to 50 minutes, as well as the planned conversion of old steel mills into sports facilities.

At the same time, China’s winter sports industry has grown significantly in recent years, with 17.5 million winter athletes visiting the country’s ski regions in 2017, according to ISPO, the Germany-based international sports trade-fair organizer.

Prosecutors in Tangshan, a prefecture-level city in Hebei province, where Zhangjiakou is located, are handling the proceedings against Li, according to the official announcement. He has been interrogated, and prosecutors have heard arguments in his defense, the announcement said, without providing further details.

Previous cases of officials charged with accepting large bribes or embezzling public funds have tended to result in life sentences if the value of the ill-gotten gains exceeded 100 million yuan ($15.7 million). This has prompted media speculation that 100 million yuan is the threshold for officials receiving the most severe punishment for corruption, although Chinese law doesn’t tie penalties to the monetary value of bribes received.