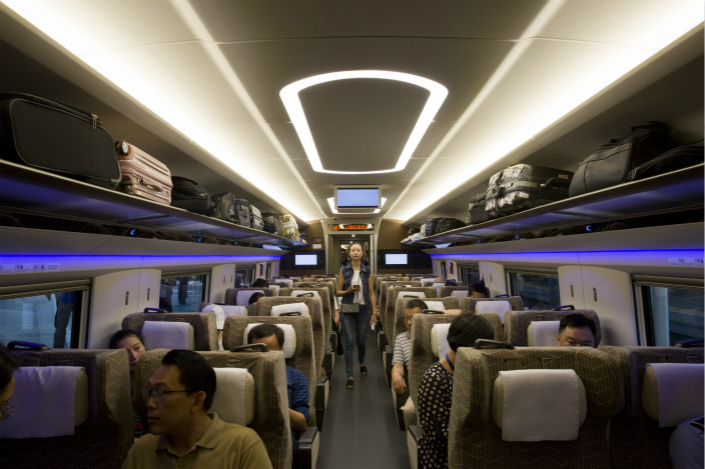 CRC in early April revealed the plan to sell a 49% stake of Bullet Train Networks, the sole operator of Wi-Fi services on select bullet trains.

Multiple technology heavyweights including Alibaba Group Holding Ltd. and Baidu Inc. had expressed interest in the bidding, according to a source from the CRC.

The concluded sale price of 4.3 billion yuan is relatively higher than market expectations, the source said. This showed the stake sale was much sought after.

By bidding for the CRC’s Wi-Fi project, Geely is seeking to expand into the “smart mobility” area, said Li Shufu, president of Geely. The automaker has ramped up efforts in the field of digitally connect transportation, such as ride-hailing.

For Tencent, the Wi-Fi business on bullet trains could provide valuable access for the social media giant to reach a larger number of users, according to Zhang Wei, vice president of Tencent’s Internet Plus division.

The sale of the partial Wi-Fi business marks CRC’s latest move to bring in private investors to reduce its immense debt. As of June, CRC had accumulated 4.8 trillion yuan in debt after years of frenzied development to build up the country’s ever-expanding railway network.

CRC has also been diversifying revenue sources by partnering with third parties, including mobile payment platforms WeChat and AliPay, to offer ticketing and meal services.