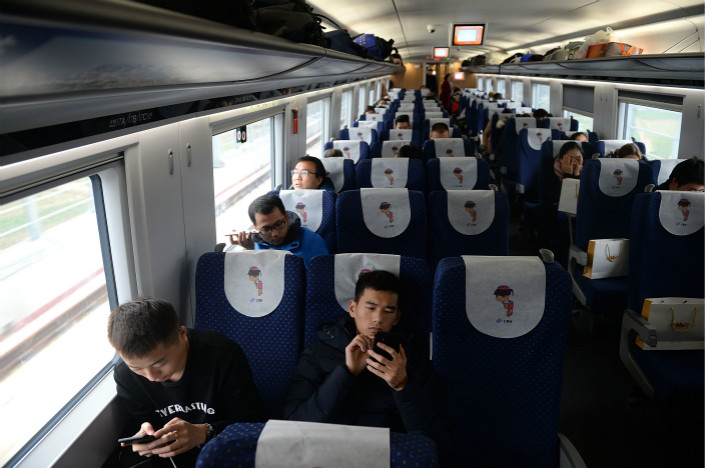 Social media giant Tencent Holdings is looking at the burgeoning Wi-Fi business on China’s fast-running bullet trains in hopes of extending its access to the massive data of urban travelers.

CRC in early April revealed the plan to sell a 49% stake of Bullet Train Networks in its latest effort to bring in private money to cut down on mounting debt.

Zhang said Tencent is very interested in the Wi-Fi business on bullet trains as it provides valuable access to a large number of users. It is also an important segment of the mobile internet market, said Zhang.

Tencent will actively bid for the stake, he said.

The CRC has offered free Wi-Fi to passengers on selected high-speed trains. The railroad operator is eagerly seeking for-profit models to cover the cost of that service, said a CRC official.

The CRC source told Caixin that the company prefers to sell the stake to one company or a consortium formed by partners.

The stake sale of Bullet Train Networks marks the CRC’s response to the central government’s call for so-called mixed-ownership reform, which invites private players to get involved in state-owned businesses.