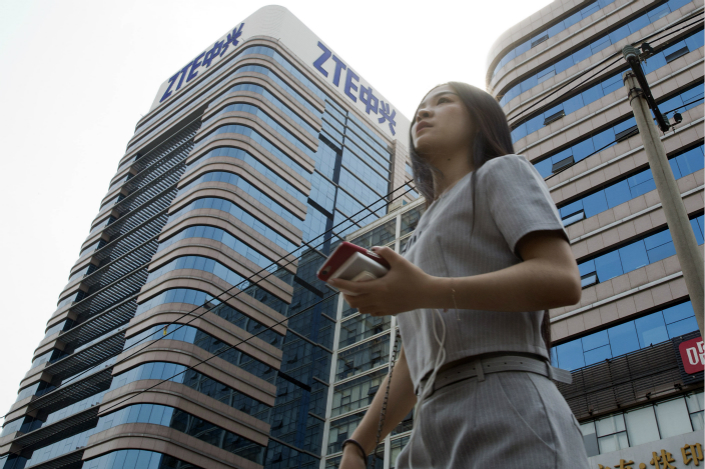 A pedestrian passes a ZTE building in Beijing on May 8. Photo: IC

The U.S. Commerce Department said Thursday that ZTE had agreed to pay a $1 billion fine, replace its board and senior management, and allow the U.S. to send in a compliance team. This is in exchange for the lifting of a seven-year ban imposed in April that prevents the company from buying American products, which sent a shock wave through the Chinese technology sector and immediately brought ZTE’s major operations to a halt.

Some members of Congress, including Trump’s fellow Republicans as well as Democrats, were irked by the outcome and reacted immediately to scuttle the deal.

“I assure you with 100% confidence that #ZTE is a much greater national security threat than steel from Argentina or Europe,” Senator Marco Rubio, a Florida Republican, wrote on Twitter. “#VeryBadDeal.”

They swiftly introduced an amendment to major legislation such as the National Defense Authorization Act, or NDAA, which is now making its way through Congress. The act would impose restrictions on ZTE, such as banning the U.S. military’s use of its products, according to local reports.

“Under U.S. law, it is very difficult, and may be unconstitutional, for Congress to increase penalties after they have been imposed,” Timothy O'Toole, a litigation attorney in Washington, told Caixin.

“The president took the decision he did because he perceived that ZTE could be sufficiently punished — with one of the most severe corporate punishments ever — while at the same time eliminating the collateral damage on innocent parties that the denial order created,” he said.

Doreen Edelman, an international trade lawyer at law firm Baker Donelson, said that assuming the amendments to the NDAA pass, Trump could veto even this “must pass” piece of legislation because “he has done crazier things.”

Separately, ZTE Chairman Yin Yimin has vowed no further compliance violations and apologized to its 80,000 employees in an internal letter issued Friday, according to a South China Morning Post report.

“We must realize that this issue mirrored problems in our compliance culture and management. Our management and employees must reflect on this issue and learn the lessons. We should hold the relevant people accountable and avoid similar issues in future,” Yin said in the letter.

The chairman lashed out days after the sanctions were imposed, saying it jeopardized ZTE’s commitment to “tens of thousands” of global consumers who use its mobile devices, as well as thousands of partners including those in the U.S.