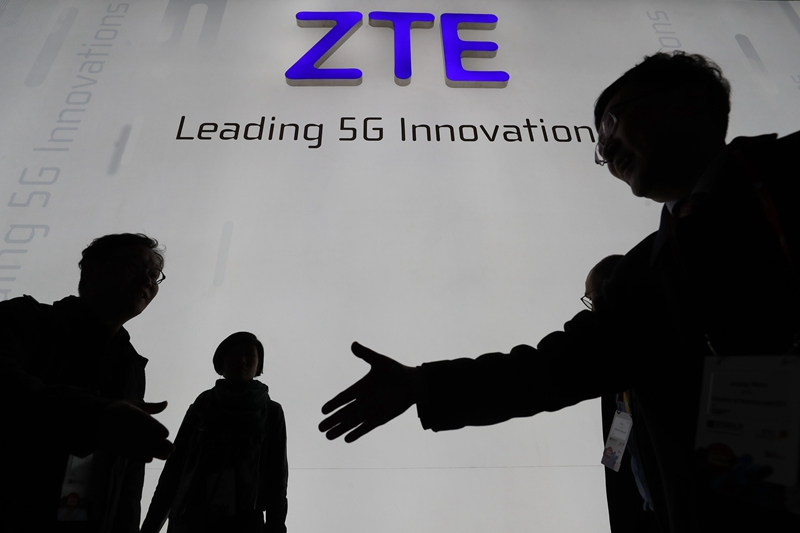 ZTE ceased major operations since the seven-year ban was imposed on the company in April. Photo: VCG

The agreement also stipulates that ZTE must set aside an additional $400 million in escrow to cover any future violations.

A compliance team chosen by the U.S. will be installed at ZTE, while the company is required to change its board of directors and executive team within 30 days, Ross said in an interview on cable-news channel CNBC.

“This is a pretty strict settlement,” he added, saying it is “the strictest and largest settlement fine that has ever been brought by the Commerce Department against any violator of export controls.”

ZTE, China's second largest telecom equipment maker, has suspended major operations after the U.S. slapped ZTE with a seven-year ban in April on doing business with U.S. suppliers for breaking a 2017 agreement that settled the company’s violation of sanctions that were in place against Iran. ZTE relies on U.S. companies such as Qualcomm and Intel Corp. for up to a third of its components.

Under the 2017 settlement, ZTE was fined $900 million with an additional $300 million set aside if the company failed to follow through.