Finance Apps in Hot Water for Trading Loans for Phones 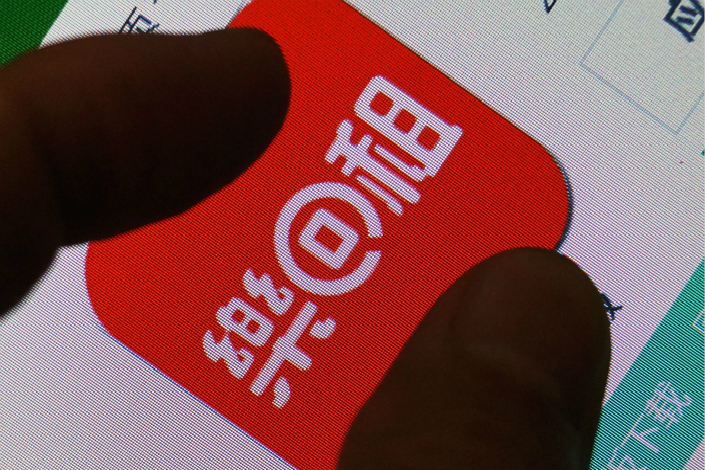 The logo of small-loan app Lehuizu, which has been found evading the cap on interest rate and fees charged on a loan by using 'leaseback' agreements. Photo: IC

A central-bank-backed group in charge of monitoring risks in the internet finance industry has called for increased supervision over businesses trying to skirt online lending regulations that cap the cost of borrowing.

Regulators are targeting platforms that have found ways around the annualized cap of 36% for interest rate and fees charged on a loan, which some platforms have been able to ignore by charging membership fees or setting up “leaseback” agreements, according to a document from the Leading Group on Internet Finance Risk.

Regulators went as far as naming specific apps. Lehuizu, for example, offers loans to users by buying their cellphones and leasing them back to the users. Under this kind of arrangement, the platform offers users cash in exchange for a cellphone, which they then have to repay by agreeing to buy back the phone at a set later date, according to the government document. In practice, the platform never actually takes possession of the phone, but the deal allows it to charge appraisal or service fees well above the 36% cap. In some cases, these arrangements have resulted in an annualized cost of borrowing above 1,000%.

Under current rules, leasing agreements are subject to different rules, and unlike loans, they are not subject to the to the 36% cap.

Online data provider Wangdaizhijia counted 49 of these types of leaseback platforms on Android app stores. The number of downloads remain limited, with only seven apps downloaded more than 100,000 times.

The internet finance group also called out fake buying and selling of goods, for example through 51 Flash Buy, as well as charging membership fees to borrow, such as MO9 Credit Wallet.

The group also called into question whether some platforms were purposely making payments overdue. A nonprofit complaint hotline called 21 Jutousu said that between May 1 and 15, it received 21 calls about 13 online loan platforms whose systems failed to recognize when loans were repaid, resulting in customers being charged steep late-payment fees.

Supervising new business formats is an ongoing process, an industry insider told Caixin. There should be coordination between departments to create supervisory mechanisms that are effective over a long period of time.