Energy Firm Struggles to Sell Stake in Subsidiary After Default

By Peng Yanfeng and Leng Cheng 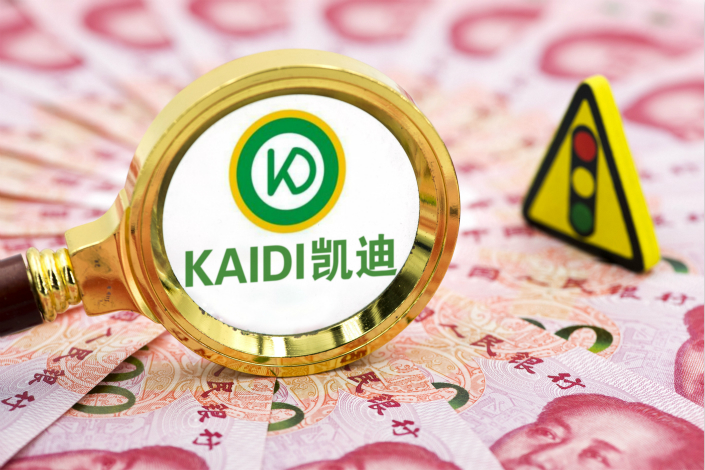 Sunshine Kaidi has found it hard to sell its stake in its subsidiary Kaidi Eco, partially because it has taken out loans using a large amount of the company's shares as collateral. Photo: IC

The parent of a company that defaulted on a roughly 700 million yuan ($109.3 million) bond is having trouble offloading its stake in a Shenzhen-listed subsidiary.

Sunshine Kaidi New Energy Co. Ltd.’s struggles to find a buyer for its controlling stake of Kaidi Ecological and Environmental Technology Co. Ltd., one of the country’s biggest generators of biomass electricity, illustrate the problems that companies can encounter while seeking a white knight for a rescue buyout.

So far this year, domestic companies have defaulted on 21 corporate bonds with a combined value of 10.3 billion yuan, according to data from Hithink Royalflush Info.

On May 7, Kaidi Eco announced it had defaulted on a 698 million yuan seven-year note (link in Chinese). The default was the sixth largest of the year among Chinese companies.

The default forced Sunshine Kaidi to look for a rescuer to buy its 30% controlling stake in Kaidi Eco, with the former vowing to repay the medium-term note by July 7. However, a negotiation deadlock and the parent company’s own liquidity troubles have left that pledge in question.

In search of rescue funds, Sunshine Kaidi tapped a subsidiary of one of the country’s four biggest asset management firms to purchase its stake in Kaidi Eco, sources told Caixin. However, the negotiations hit a wall after Sunshine Kaidi demanded the buyer first pay several billion yuan to bail it out of its own financial problems, a source close to the deal told Caixin on Monday. The buyer found the condition difficult to swallow.

Guo Buchao, an analyst from China International Capital Corp. (CICC), pointed out that Kaidi Eco’s difficulties are linked to the large amount of stock that its parent has pledged as collateral for loans from brokerages and financial institutions.

Pledging stocks is a financing method popular with major shareholders of mainland-listed companies. However, as its loans remain unpaid, it’s hard to proceed with the sale of Kaidi Eco stake at this stage. Plus, 11 financial institutions, including brokerages, trusts, and financial leasing companies, have already asked courts to freeze the pledged shares, according to a Kaidi Eco statement on Monday.

Under these circumstances, potential buyers have been reluctant to get involved.

Over the last few years, Kaidi Eco has invested heavily in building new biomass electricity generation facilities and acquiring other firms. According to CICC’s Guo, Kai Eco spent 2 billion to 3 billion yuan a year on such investments.

Sunshine Kaidi has been making an overseas push in recent years. In 2017, it established Kaidi Finland, planning to build a 1 billion euro ($1.18 billion) biofuel refinery in the Finnish town of Kemi.

Kaidi Eco has tried on its own to raise money by selling off a package of assets, including wind power and hydropower generation facilities, as well as projects still under construction. However, progress has been slow because potential buyers “are only looking at good assets and are not willing to take over the assets with worse qualities,” one senior executive of Kaidi Eco said during an online investor briefing in May.

Kaidi Eco delayed releasing its 2017 annual report, but in March it announced that it will likely report a net loss of between 1.3 billion yuan and 1.6 billion yuan for 2017. In 2016, the company earned a net profit of 334 million yuan.