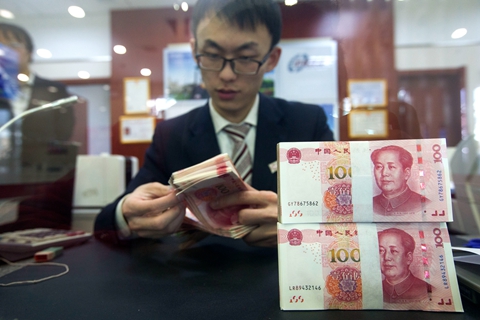 China’s total social financing growth dropped in May to the lowest in 22 months, reflecting a regulatory clampdown on off-balance sheet shadow loans to rein in financial risks.

Analysts attributed the sharp drop in the broad measure of credit and liquidity in the economy to the continuous control of non-standard credit business and the slowdown in infrastructure investments.

Total social financing growth declined to 760.8 billion yuan ($118.8 billion) in May, the slowest monthly growth since July 2016, data from the central bank showed on Tuesday. The May increase was less than half the April gain and was 28% smaller than a year earlier.

There are signs that China’s monetary tightening may threaten to put a brake on the growth of the world’s second-largest economy, said Deng Haiqing, chief global economist at Kyushu Securities (Link in Chinese). He suggested that monetary easing is needed to prevent an economic stall. Private sector profits have been falling sharply since the end of 2017, making it even harder to get loans from banks, Deng said.

The gains in social financing mainly reflected new bank loans. Banks extended 1.14 trillion yuan in net new yuan loans in May, 41.3 billion yuan more than the April level but 38.4 billion yuan less than a year ago, the People’s Bank of China said.

Chen Jianheng, a fixed-income analyst with China International Capital Corp., said the continuous shrinking of non-standard financing is the normal effect of the tighter regulatory policies.

A wave of defaults on Chinese corporate bonds reduced investors’ risk appetite, which in turn contributed to a sharp drop in corporate bonds financing in May, said E. Yongjian, chief financial analyst of Bank of Communications.

Defaults on Chinese bonds have risen sharply this year, according to a recent report by China Central Depository & Clearing Co.

A total of 13 issuers have defaulted on 20 bonds so far this year. The total amount of defaulted bonds reached 14.2 billion yuan, more than half of the full year’s amount in 2017.

The majority of defaulted issuers are private companies, which were most affected by the shrinking of non-standard financing, said analysts at China Merchants Securities.