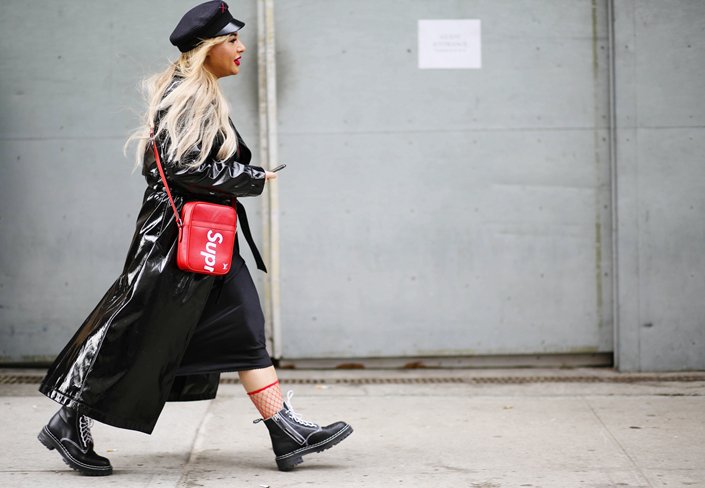 Video clips and photos of a recent so-called partnership-signing ceremony have been shared on both local and international social media, showing images of a huge red backdrop at an event covered with the logos of Supreme and OXN.

In a video, a Chinese man and a black man stand against the backdrop, shake hands and exchange documents, while a host can be heard congratulating them on signing an agreement.

Supreme on Wednesday posted a photo of the event on its official account on microgblogging platform Weibo, captioned “?????”

Supreme’s Weibo editor told Caixin that the post was intended to deny the collaboration.

The Chinese brand earlier announced on its official WeChat account that it was going to launch a product with Supreme in June. The statement was deleted on Thursday.

Supreme is a “prestigious fashion brand,” said Boen Chen, a brand image consultant based in Shanghai who said he hasn’t heard of OXN.

Supreme was founded in New York in 1994 by fashion designer James Jebbia. The brand caters to lovers of skateboarding, hip hop and rock.

It has launched products with other reputable brands including Nike, Lacoste and Levi’s.

Chen said the bogus collaboration is a “vicious marketing strategy” that aims to boost brand awareness, but the move will actually harm the company’s reputation.

At the so-called “collaboration ceremony,” the Supreme logo had a circled “Y” on the top right, which could be easily mistaken for the trademark sign, a circled “R.”

This “visual manipulation” of the logo constitutes trademark infringement, according to Chang Junhu, a copyright lawyer with Beijing Chofn Law Firm.

Chapter 4 Corp., the American owner of Supreme, had applied to register the Supreme trademark in China as early in 2014, under categories including apparel and leatherwear. But its applications are still “pending examination,” according to the Trademark Office of The State Administration for Industry and Commerce.