JD.com Rakes in 37% More From This Year’s Summer Sale 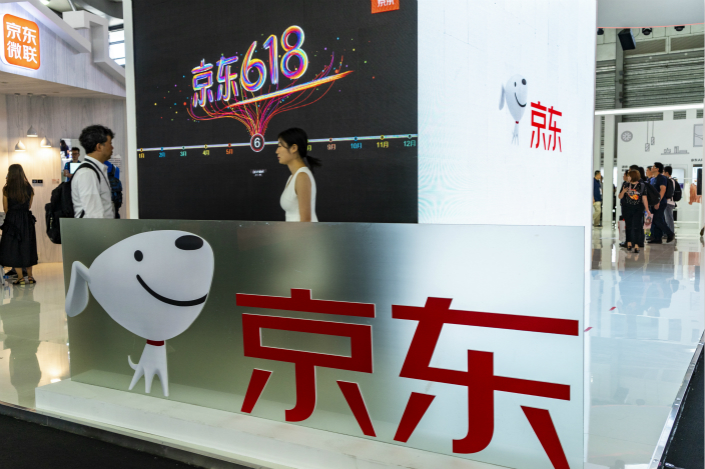 JD.com’s “618” festival this year raked in 159.2 billion yuan in receipts, 37% higher than last year, the company said in a statement.

“618” was initiated by JD.com in 2010 to celebrate the company’s founding on June 18. It starts at the beginning of the month and ends on the 18th.

JD.com said electronic products and home appliances including mobile phones, personal computers and air conditioners, remained the top-selling items. It didn’t offer a detailed breakdown in revenue for the various categories of goods.

Despite its efforts, JD.com’s midyear sale was still eclipsed by Alibaba’s “Double 11” festival, which in a single day brought in 168 billion yuan last year. The event, which has taken place on Nov. 11 since 2009, is considered China’s equivalent of Black Friday in the U.S.

JD.com, backed by social media giant Tencent Holdings Ltd., is scrambling for greater share of an online shopping space dominated by Alibaba, whose two platforms Tmall and Taobao collectively command around 60% of the market.

“Alibaba has a market cap at nearly $500 billion. That is five times that of JD.com, so it is reasonable for the difference,” said retail analyst Li Chengdong, adding that JD.com has actually done pretty well given the traditional summer spending lull.

As such shopping festivals have become big hits in China, the two rivals also slash prices during other’s events to cash in on China’s growing consumption power.

Tmall, which mainly sells consumer goods such as garments and cosmetics, said it equaled its sales revenue from last year’s 618 festival in only 13 days, without offering a precise figure.

Wang Qionghui contributed to this story.