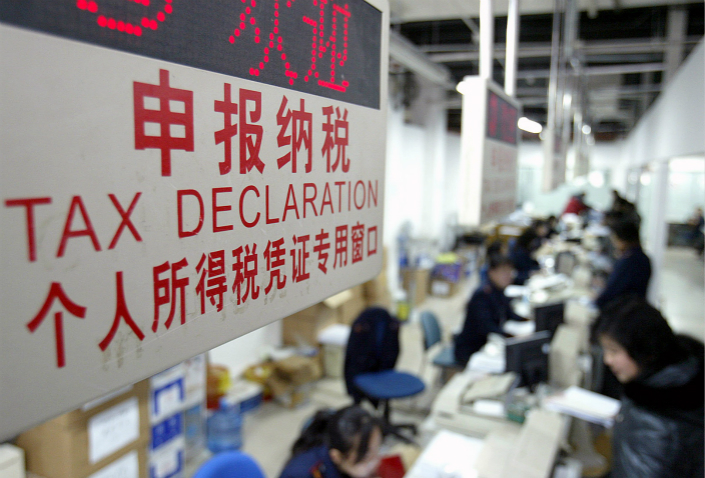 The official Xinhua News Agency reported Tuesday that a draft amendment to the Individual Income Tax Law, which details the threshold increase, has been submitted for consideration at a meeting of the Standing Committee of the National People’s Congress, the country’s legislature.

In addition, incomes from wages and salaries, labor service payments, author remuneration, and royalties would all be subject to an integrated tax for the first time, Xinhua said.

Special tax deductions for spending on children’s education, continuing education, medical expenses for major illnesses, interest payments on mortgages, and housing rent would also be introduced for the first time. The amendment would also adjust the tax-rate structure and increase the width of low-tax rate brackets.

This would be the seventh time the tax code has been overhauled since its introduction in 1980.

But the adjustment may well fall short of public expectations. Proposals to raise the personal income tax threshold much higher were made during the “two sessions,” the annual concurrent meetings of China’s legislature and its main consultative body, earlier this year. The All-China Federation of Industry and Commerce proposed raising it to 7,000 yuan; Dong Mingzhu, chair of Gree Electric Appliance Co. Ltd. and National People’s Congress member, proposed raising it to 10,000 yuan.

According to a 2011 statement from the Ministry of Finance, the personal income tax threshold should remain higher than urban employees’ average monthly per capita consumption expenditure burden, adjusted based on the proportion of dependents in an average household.

This expenditure burden was 2,211.5 yuan in 2010, the most recent year for which Caixin was able to find official data. Based on 2017’s total urban annual consumption expenditure, Caixin has calculated that the expenditure burden increased to 4,013 yuan a month, over 500 yuan higher than the current personal tax threshold of 3,500 yuan. If these calculations are correct, then increasing the threshold is overdue.

But the figure of 4,013 yuan assumes the adjustment based on the proportion of dependents has remained constant — although in fact, it has likely increased, due to the end of the one-child policy and China’s aging society. In addition, this adjustment does not take into account dependents who live elsewhere — for example, children of urban employees who live in the countryside.

Under the draft amendment, the scope of income taken into account is also now larger than before. In addition to income from wages and salaries, also taxed will be labor service payments, author remuneration, and royalties. This adjustment will probably decrease the amount of exemptions enjoyed by taxpayers who get more of their income from these three categories.