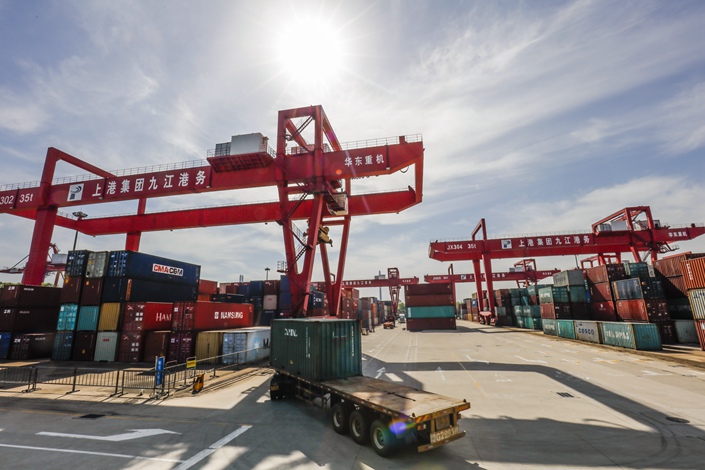 *A spokesman for the Ministry of Commerce described U.S. hardball tactics as an ‘irrational practice’ that will ‘do no good to solving problems’

*Negotiations had seemingly been making progress before the White House's announcement last week of a 25% levy on $5 billion of Chinese goods, which was followed by tit-for-tat threats

(Beijing) — The U.S.’ hardball tactics will not force China to capitulate in bilateral trade disputes, a Ministry of Commerce spokesman said Thursday.

“The U.S. side is used to negotiating while holding a big stick. However, that approach will not work on China,” Gao Feng told reporters at a regular briefing. “The irrational practice will do no good to solving problems.”

Negotiators for the two countries had been making progress before the recent escalation of bilateral trade tensions, agreeing on a “very clear road map and timetable” for further talks and making plans to discuss issues that include structural problems in the nations’ tariff regimes, he added.

However, the U.S. then turned “capricious,” escalating the trade spat and forcing China to fight back, he said.

U.S. President Donald Trump’s administration announced last week it will go ahead with a plan to slap an additional 25% duty on about $50 billion of Chinese imports that contain “industrially significant technologies,” with the levies on some goods to take effect from as early as July 6.

China quickly responded with a decision to impose tariffs on U.S. imports of the same value from the same date, which invited a threat on Monday by Trump to levy new taxes on $200 billion worth of Chinese goods and pursue duties on another $200 billion of goods if Beijing retaliates again. China has called the latest U.S. announcement “extortion” and vowed to strike back.