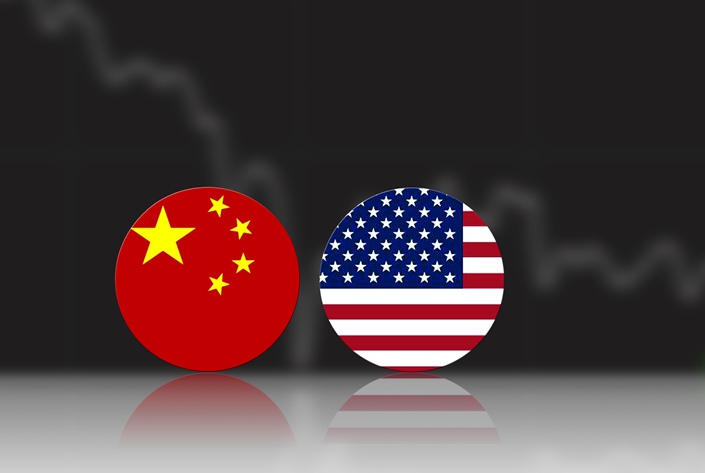 China’s present economic growth has distorted its original set of comparative advantages. A glance at the list of sanctioned items portrays China as an industrial country while depicting the U.S., in turn, as an agricultural nation.

China’s growth model features huge production, low consumption and mercantilism, resulting in a distortion of labor, land, capital, and other factors of production, and a far cry from the mantra of “letting the market decide the allocation of resources.”

As for labor, the government’s control over the labor market in the past decade deviated from economic laws.

First, China uses administrative mechanisms like residency rules to control the flow of labor, forcing labor to flow out from big cities, leading to a higher labor cost in those cities. Second, the government limits the supply of land in large cities, attempting to slow down the labor inflow, but leading to a gap between housing demand and supply, ultimately driving up living costs. Third, a large number of subsidies to rural areas and the implementation of the minimum-wage plan in less-developed western areas increase the opportunity cost of migrant workers in the eastern coastal areas. The combination of these factors together has played a relatively significant role in driving up China’s labor costs.

While labor costs are high, borrowing costs are relatively low, as the government reduces the costs through interest-rate restraints and subsidies for capital. For instance, instead of allowing the free flow of labor force, some local governments use the budget to sponsor enterprises to use more machines to replace labor in the face of the high labor cost.

Because China’s economy is still booming, and a large rural population remain in the labor market, the result of the distortion is that wages have been overraised and the cost of raising capital is relatively low. As a result, China prematurely weakened its comparative advantage in labor-intensive products and industries and strengthened its comparative advantage in capital-intensive products and industries.

As for agriculture, China’s large population means that the average size of farms is very small. Without a large-scale operation, the cost of production is high, and farmers’ income is low.

To solve the problem, instead of fully promoting the transfer of agricultural labor to cities to increase the average area of land per capita, policymakers increased agricultural subsidies, which led to more agricultural output.

There are two important causes for China’s economic growth model, focusing on heavy production and light consumption. The first is that income and wealth gaps have not been fundamentally reversed over a long period of time, and the disparities are not conducive to consumption.

Another factor is urbanization for production rather than consumption. People understand the city as a place of production, but neglect the city as a site of consumption at the same time. Policymakers see people only as production units, and fail to view people as consumers.

From another perspective, the existing residency rules still restrain the consumption of migrant groups. Migrant workers are the producers of cities’ economies. A large number of migrant workers entering cities should have brought huge demand to the cities. However, due to the restrictions on the household registration system, social welfare, including medical and insurance coverage of migrant groups in cities, falls short. Migrant workers must save for their future medical care and pensions, making them less willing to consume durable consumer goods.

Taken together, our existing research shows that compared with urban households, immigrants consume 17% to 21% less, indicating that social realities encourage migrant workers to enter the city without a corresponding encouragement to spend in the cities.

In other words, the existing policy distortions restrain consumption, which also means that there is an enormous potential for increased consumption if the government can correct the wrongdoing in the urbanization model.

To conclude, it is necessary for the government to objectively evaluate domestic economic imbalances brought about by China’s long-standing economic growth pattern, which can be corrected only through its own reforms. At present, China’s economic growth pattern seriously distorts its comparative advantages. At the same time, it also restrains the growth of consumption as well as the optimization of the economic structure.

In the future, China should pursue two objectives. First, it must emphasize domestic market-oriented reforms and adjust the economic structure to gradually eliminate the effects of distorting factors on the domestic and international economy. Second, it should seek modernization in terms of its economic growth model and state governance model, truly “letting the market become the decisive force for the allocation of resources” and establishing a common market economic foundation.

Lu Ming is a professor at the Antai College of Economics & Management at Shanghai Jiao Tong University.