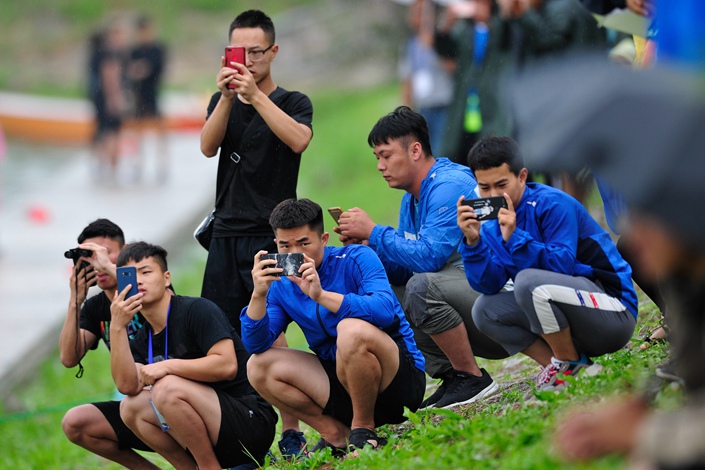 The change follows an order from the Ministry of Industry and Information Technology that the three national wireless carriers should do away with roaming fees by July 1 and slash the cost of data services on mobile devices by at least 30% by the end of the year. Roaming fees for domestic long-distance phone calls were abolished last year.

In his work report in March during the first session of the 13th National People’s Congress, China’s top legislature, Premier Li Keqiang called for a “Digital China” and urged carriers to increase speeds and lower prices.

“China will do more to speed up broadband and bring down internet rates, achieve high-speed broadband access in both urban and rural areas, and make free internet access available in more public places,” Li said in his work report, adding that data roaming charges would be abolished and rates for mobile internet services would be cut by at least 30%.

China’s telecom carriers have been charging domestic roaming fees for mobile phones since services started two decades ago, a legacy of the structure of the state-owned telecommunications industry which was administered at the provincial level.

A person who registers for mobile phone service in one province needs to pay additional fees when making calls or using data in other provinces. Countries such as the U.S., Singapore, Germany and the U.K. do not impose such charges.

Although advances in technology made roaming charges less justifiable, mobile carriers fought attempts to get them scrapped, especially after several rounds of cuts to local call and data fees forced on them by regulators.

China Mobile Chairman Shang Bing said in March the carrier’s bottom line will definitely take a hit from the scrapping of roaming charges. The world’s biggest wireless carrier by subscribers plans to enlarge its user base and shore up services such as broadband to minimize the impact.

China Unicom President Lu Yiming also said in March that the cut would negatively affect business, but the company hoped to make up for the loss by growing its subscriber base and increasing its market share.

China’s 4G subscribers grew by about 19 million in April to 1.08 billion, according to data from the industry ministry.