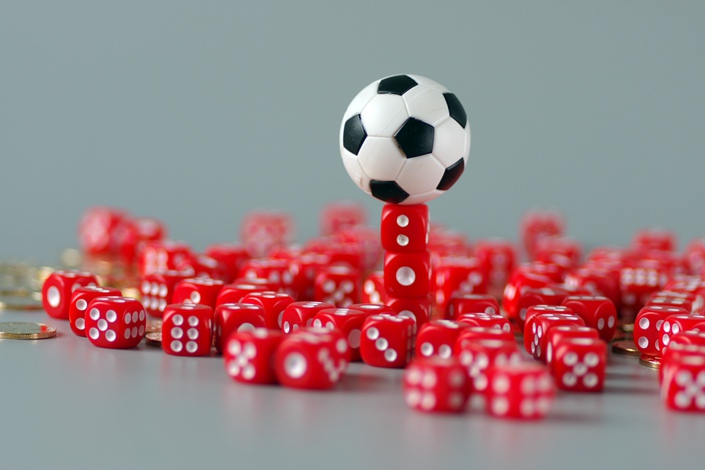 China’s soccer team may not have made it to the FIFA World Cup in Russia, but that hasn’t dimmed the appetite of fans and gamblers who have flocked to online lotteries to place wagers on matches.

But the surge in betting appears to have attracted the attention of the government. Although no official announcement has been made by the General Administration of Sports, which oversees the sports lottery business, online soccer lottery sales have clearly been given the red card.

Several platforms, including those backed by Weibo Corp. and Tencent Holdings Ltd., have suspended operations in recent days. The soccer lottery section on Chinese social network site Weibo, where users can bet money on game outcomes, said in a statement it had stopped accepting new orders as “the platform needs technical upgrades due to overloading during the World Cup.”

Other online lottery sellers, such as 500Zhongcai, which Tencent, owner of the WeChat social media platform, bought into in 2014, and JDD.com, acquired by internet company Cheetah Mobile Inc. in 2014, have taken similar action.

Sales of sports lottery tickets in the three days following the start of the tournament on June 14 amounted to 1.6 billion yuan ($246 billion), 2 billion yuan and 2.3 billion yuan respectively, consecutively breaking new daily records since the sports lottery was launched in 2009, according to data from the sports administration. Bets on World Cup games accounted for most of the ticket sales.

Before the advent of the internet, all sports lottery tickets were sold offline through outlets run by the provincial branches of the General Administration of Sports, with half of the income going to the central government and the rest staying at the provincial level.

In 2013, the Ministry of Finance issued new rules on lotteries that permitted online platforms to handle some sales. Online intermediaries earned commissions of 7% to 10%. The opening of the market lured internet giants, including Alibaba, Tencent and Baidu, and online sales surged. Soccer lotteries were especially popular during the 2014 World Cup –– 70% of sales during the tournament came from online channels, according to Li Jian, president of lottery consultancy Caitong.

Provincial-level governments rushed to form exclusive tie-ups with online platforms, which allowed them to sell tickets nationwide rather than solely in their own jurisdictions, boosting their revenues. Illegal small and private lotteries flourished, although some caused trouble by failing to hand over prize money to winners.

In an attempt to restore order to the market, the government put out an order in 2015 to ban unauthorized online lottery platforms, but during non-World-Cup seasons, the rule seems to have been loosely applied, given the relatively small volume of traffic, and many lottery websites and apps continued to operate.

A source in the lottery industry told Caixin that it was likely the General Administration of Sports was involved in the recent suspension of several mainstream online soccer lottery sites because of the surge in sales.