Chinese Companies Up Their Game for World Cup 2018 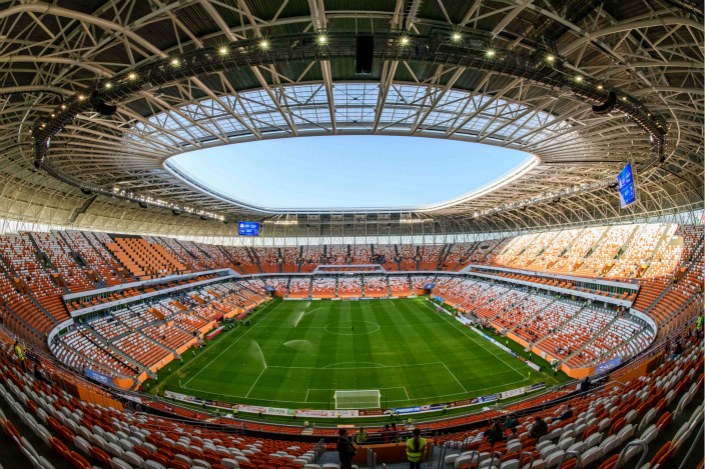 The 44,000-seater stadium Mordovia Arena in the Russian city of Saransk, which will host four group games of the 2018 World Cup. Photo: VCG

Though its middling soccer team may be sitting this one out, China’s big companies are set to score at this year’s World Cup.

Seven Chinese companies — including property giant Wanda Group and home appliance firm Hisense Electric Co. — will debut as sponsors when the games kick off in Moscow on Thursday, an increase from just one Chinese company four years ago.

FIFA has taken hits in each of the last three years from bribery scandals involving the association’s officials. Several longtime sponsors, including Sony Corp. and airlines Emirates, have pulled out from the game. European corporate enthusiasm was further dampened this year as longtime favorites Italy and Netherlands failed to qualify.

Wanda, a shareholder of Spanish soccer club Atletico Madrid and owner of British luxury-yacht maker Sunseeker International, has signed up as a FIFA partner, the highest sponsorship level. Other Chinese companies which have signed on to become World Cup sponsors include Hisense, smartphone-maker Vivo Communication Technology Co., and China Mengniu Dairy Co. Ltd. Although the country’s own national team hasn’t qualified for the tournament since 2002, China’s fans and companies have become significant players in the world’s most lucrative sport.

“Vivo and Hisense … look to sell their products around the world, and this deal gives them massive visibility to a new global audience,” Dreyer said. Wanda, meanwhile, is “slightly different” as “it is heavily invested in several global sports properties with a larger aim to bring more sporting competitions to China.”

“But for (dairy producer) Mengniu and the three ‘regional supporters,’ it's all about impressing a domestic Chinese audience by associating their brands with a glamorous tournament,” he said.

Other Chinese firms have associated their names with the game as well. Zhejiang-based Hangzhou Kayford Brand Management Co. Ltd. is the exclusive producer and distributor of the World Cup’s mascot around the world except in Russia. Kitchen-appliance manufacturer Vatti Group has become an official partner of the French national soccer team.

Emerging Chinese influence in the tournament has triggered speculation about China’s ambition for the 2030 World Cup. In 2016, Wanda inked a 15-year sponsorship with FIFA that enables the property and entertainment giant to cover the 2030 games.

Although Beijing hasn’t officially expressed interest, the state-run Xinhua News Agency said that the Wanda deal may “foreshadow that China would bid for the 2030 World Cup.”

“But whether that will work with the FIFA World Cup remains unclear,” Dreyer said. “Chinese money funding FIFA today won’t have any bearing on what happens years from now when the locations are decided for future World Cups.”