By Liu Yanfei and Jason Tan 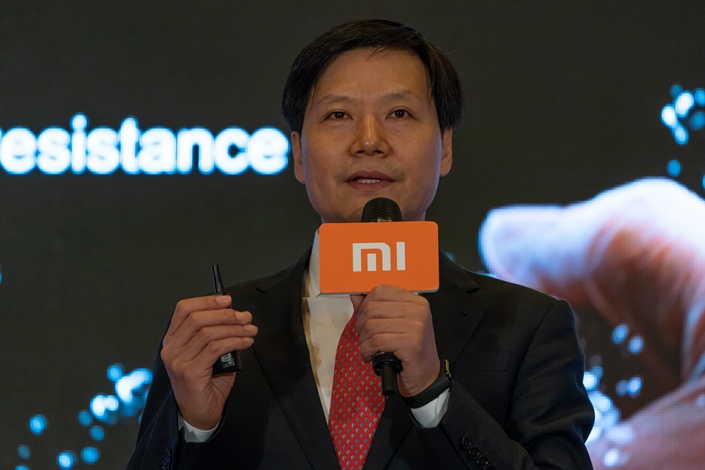 Lei Jun, chairman and CEO of Xiaomi Corp., speaks during a news conference in Hong Kong on Saturday. Photo: VCG

Xiaomi Corp. had a lackluster reception on the first day of retail subscription to its Hong Kong initial public offering (IPO), hindered by concerns over its high valuation and weak sentiment in the bourse.

Despite the hype surrounding its IPO, the first day of retail subscription for the world’s No. 4 smartphone-maker was far behind those of fellow Chinese technology companies Ping An Healthcare and Technology Co. Ltd. and China Literature Ltd., he told Caixin.

Alvin Cheung, associate director at Prudential Brokerage, said that funds borrowed to invest in Xiaomi — so-called margin lending — hit around HK$500 million ($63.7 million) from his brokerage on Monday, about 10% of the figure borrowed on the first day of Ping An Healthcare’s retail subscription.

Xiaomi will float shares on the Hong Kong Stock Exchange on July 9 in one of the most-watched tech IPOs since the 2014 debut of Alibaba Group Holding Ltd. The smartphone-maker plans to raise as much as $6.1 billion through the issuance of 2.2 billion shares.

Retail investors have until Thursday to subscribe to shares ahead of their trading debut.

Both Hui and Cheung said that the Xiaomi IPO will possibly be oversubscribed, but the extent of the oversubscription is expected to be a “far cry” from the level seen in the listing of other new-economy companies.

E-book publisher China Literature was oversubscribed by 625 times before its IPO in November. Ping An Healthcare, an online operator of healthcare services that listed in May, was 653 times oversubscribed.

The market valuation of Xiaomi has been a point of controversy, with some investment banks valuing the company as high as $90 billion, or 27 to 34 times projected 2019 earnings. By comparison, Apple Inc. has a multiple of 14.5, leading some market analysts to argue that a $90 billion valuation is too high.

Xiaomi’s subscription exercise also kicked off at an inauspicious time — the Hang Seng Index dropped 377 points on Monday to 28,961, its lowest point in over six months.

Despite these headwinds, it was revealed by Canning Fok, co-managing director of CK Hutchison Holdings, at a Monday event that Hong Kong tycoon Li Ka-shing has subscribed to $30 million in shares.

Li and Xiaomi CEO Lei Jun struck a deal in May, when the telecom unit of Li’s CK Hutchison Holdings Ltd. agreed to introduce Xiaomi products to its global retail network of nearly 18,000 outlets, especially in Europe.