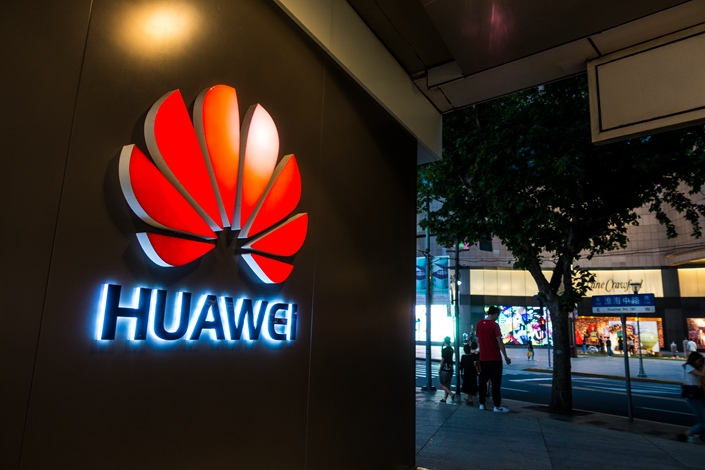 A Huawei store in Shanghai on May 27. Photo: VCG

* From 2010 to 2018, Huawei invited 12 Australian federal parliamentarians to its Shenzhen headquarters

(Beijing) — Huawei Technologies Co. Ltd. is not apologizing for flying Australian lawmakers to visit its Chinese headquarters, after a think tank listed it as the biggest corporate sponsor of overseas travel for the country’s national politicians over the last eight years.

"Huawei doesn’t apologise for making people more aware about who we are and what we do," the company said in a statement to Caixin.

A Tuesday report from the Australian Strategic Policy Institute pointed out that Huawei was the biggest corporate sponsor of overseas travel for Australian federal parliamentarians from 2010 to 2018, having invited 12 of them to visit its base in the southern city of Shenzhen.

Huawei provided all-expense-paid trips, including business-class flights, hotels, local travel and meals, according to the Canberra-based think tank, which analyzed public information lawmakers are required to disclose, including their travel, gifts and property. The report didn’t detail the value of these expenses.

“Huawei doesn’t apologize for making people more aware about who we are and what we do,” the company said in a statement sent to Caixin on Wednesday. “We are an open and transparent company and will continue to invite and host people to see why we have become a global ICT (information and communications technology) leader.”

The world’s largest manufacturer of telecommunication gear has found itself embroiled in a series of controversies in Australia related to national security worries.

Its executives last week told the country’s lawmakers that national security concerns that could prevent Huawei from bidding for the country’s fifth-generation mobile network are “ill-informed and not based on facts.”

These national security worries, sparked by the company’s alleged links to the Chinese government and military, have stymied the company’s attempts to grow its Australia business for years. It was blocked on security grounds from supplying equipment to Australia’s national broadband network in 2013, and Australia this month said it will forbid Huawei from building an internet cable between Australia and the Solomon Islands. The company has met similar hurdles in the U.S.

Huawei reiterated Wednesday that the company has strong ties to Australia, saying that more than half its population depends on Huawei’s technology for their daily communications needs.

“We openly invite media, business, think tanks and politicians to visit us and understand us better. The more people who see and experience the world leading innovation Huawei is delivering, the more people will understand the benefits we bring to Australia,” the statement read.