Ford, Baidu Tie-Up to Put AI on the Road 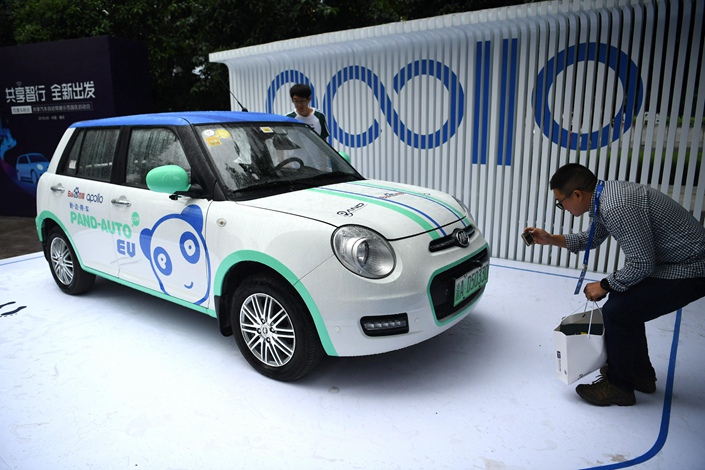 Baidu Inc. launched its “self-driving demonstration park” in the Liangjiang New Area of Chongqing on May 24. Photo: VCG

Baidu Inc. has struck a deal with Ford Motor Co. under which the second-largest U.S. carmaker will incorporate the search engine company’s artificial intelligence (AI) solutions into its Chinese vehicles.

Ford and Baidu will jointly explore cooperation across a variety of domains, including connectivity and digital services, AI, and digital marketing, according to a joint statement released Wednesday.

The two companies will collaborate on in-vehicle infotainment systems and digital services based on Baidu’s DuerOS conversational AI platform, it said.

DuerOS will include features such as voice and image recognition for Ford vehicle owners in China. The statement didn’t say when Ford cars will start incorporating DuerOS.

But whether the deal will have a material impact on Baidu’s success in its AI endeavors will depend on how many models with DuerOS that Ford rolls out and how well they sell, he told Caixin.

Baidu diversified into AI, cloud computing and autonomous driving after its major source of revenue — online advertising — took a hit in a 2016 scandal.

But it efforts were dampened by the recent departure of a former Microsoft Corp. executive, a well-known AI expert in Silicon Valley, who was hired to steer its transition into the new fields.

Ford and Baidu said they are looking to establish a joint connectivity lab in China that is dedicated to developing new cloud-based AI solutions to enrich the user experience in vehicles and on other platforms.

Overwhelmingly through joint ventures, Ford sold a total of 338,386 vehicles in China over the first five months this year, down 22% from the same period last year.

Howard Liu contributed to this report