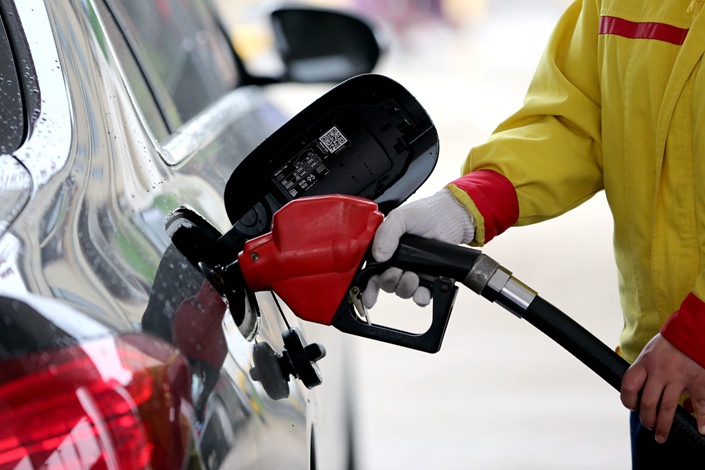 China will remove restrictions on foreign investments in gasoline stations, clearing the way for global oil giants like BP to operate more wholly owned stations in the country.

The rollback of restrictions is part of the 2018 version of the so-called “negative list,” published by the National Development and Reform Commission (NDRC), China’s top economic planner, and the Ministry of Commerce. The list eases foreign investment curbs on a wide range of sectors including banking, automotive, heavy industries and agriculture.

Foreign gas-station operators are currently restricted to 30 wholly owned locations in China each. Foreign companies must form joint ventures to operate more or sell different kinds and brands of oil and gasoline from multiple vendors. The new list removes those restrictions, effective July 28.

China’s gas station sector is dominated by the two state-owned giants, China National Petroleum Corp. (PetroChina) and China Petroleum and Chemical Corp. (Sinopec). They own half of the country’s nearly 11,000 gas stations. Their sales dwarf those of private and foreign competitors, said Li Yan, an analyst from Oilchem.net, which tracks the energy and petrochemicals industries.

Foreign enterprises now operate about 3,100 stations in China, mostly through joint ventures with Sinopec or PetroChina. These jointly owned gas stations usually sell products from the Chinese partners or their joint venture refineries.

Once the foreign ownership cap is removed, foreign operators will have more options for their oil and gas supplies and may gain market share by providing high-end products and value-added services.

But Li said he expected that foreign operators would still mostly rely on local refineries and their pricing would depend on the form of their cooperation with the local refineries.

Global players applauded the move, including BP, which recently announced a plan to more than double the number of its gas stations in China in five years.

Hanna Hofer, president of BP China’s retail businesses, told Caixin that the new measures would create a more open market that will attract more investment, which would eventually benefit consumers.

Half of BP’s planned new locations will be partnered with the private oil refinery Shandong Dongming Petrochemical Group. Holmes said BP hasn’t secured a partner for the remaining 500 stations or confirmed where they will be located.

A person familiar with foreign gas station operators in China told Caixin that most sites in first- and second-tier cities are already taken and there might be more investment opportunities for foreign operators in the third-to-fifth-tier cities.

But BP is still aiming at the first- and second-tier cities, according to Holmes.