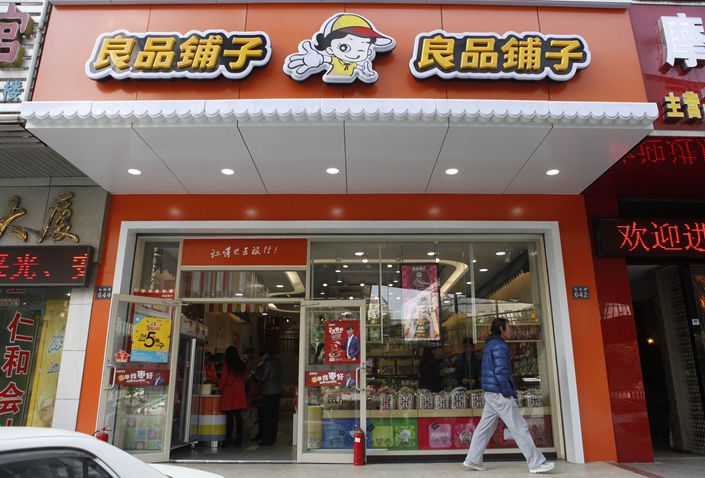 The producer of jerky, nuts, biscuits and other foods said (link in Chinese) it will issue up to 41 million shares, without specifying the price. It said that it will invest 773 million yuan ($116.1 million) from the IPO proceeds into marketing, logistics, digitization, research and development.

Backed by well-known investment firms that include Hillhouse Capital and Capital Today, Bestore has chosen GF Securities as its IPO sponsor.

Tmall and JD.com were the top two online sellers of Bestore snacks, contributing 5.5% and 4% respectively to total sales last year. Sales via Tmall have rapidly expanded, as in 2015 it made only half the contribution made by JD.com that year, according to Bestore’s prospectus.

Bestore is not the only snack-maker that has sought funding from the capital market. However, earlier courses didn’t whet investors’ appetites.

Zhou Hei Ya International Holdings Co. Ltd., a popular producer of snacks made from various parts of ducks, made its Hong Kong debut in 2016. It kicked off with a weak IPO price of HK$5.88 (75 U.S. cents), near the bottom of its previously announced range of HK$5.80 to HK$7.80. Its shares dropped to HK$6.05 on Tuesday, the lowest ever.

Another snack brand, Three Squirrels Inc., applied for a Shenzhen IPO last year but ended up dropping the plan. In October, it suspended its application after its attorney resigned. After the personnel change, the IPO application resumed, but was canceled by the securities regulator in December when it said it would make “further inspections into certain issues with Three Squirrels.”

In August, before Three Squirrels halted its IPO application, it was criticized by the top food regulator for selling moldy pistachio nuts.