For Bond Investors in China, It’s Not Easy Buying Green 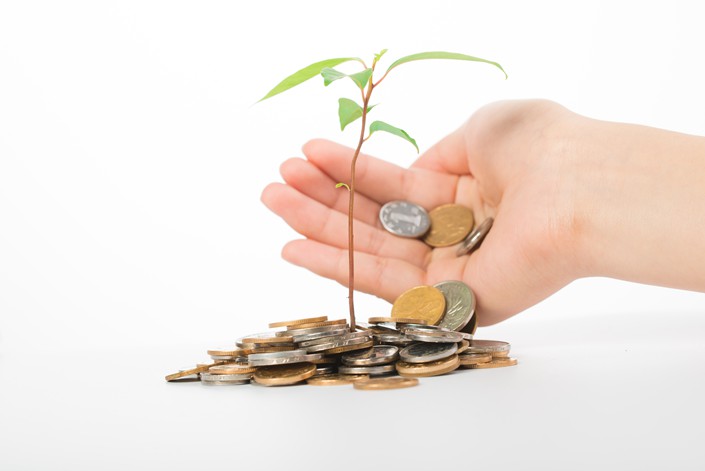 * Supervision over the industry remains fragmented, with different standards applied to different bonds

* Issuers have a responsibility to tell investors how this debt can benefit the environment, but requirements differ by regulator and are usually lax or vague

(Beijing) — China might be racing ahead in issuing green bonds, but many investors in the environmentally friendly financial instruments might not know what they’re actually buying.

Henry Paulson, a former U.S. Treasury secretary and current director of the Paulson Foundation, which launched a green financing center in May, told Caixin that although he has met many Chinese investors boasting about how many green investments they have made, they struggled when he asked them what “green” actually meant.

Such confusion is perhaps warranted, especially considering that green bonds are a relatively new investment worldwide. In China, however, supervision over the industry remains fragmented, with different standards applied to different bonds. Many of China’s green bond issuers reveal little information about how the money will be used and just what environmental effect is planned; in addition, “third-party certifiers,” the agencies that are supposed to check if bonds are indeed green or not, are largely unregulated.

The situation could jeopardize China’s own environmental goals. In 2017, China issued 248.68 billion yuan ($37.32 billion) of green bonds domestically and abroad, about a quarter of global green bond issuance that year. But to hit its environmental targets, China needs 3 trillion to 4 trillion yuan of green investment every year through 2030, according to the People’s Bank of China (PBOC).

Both have different standards for what counts as a green bond, but both sets of standards are significantly less strict than international best practices. The PBOC’s list of qualifying projects includes more-efficient coal-fired power projects, for instance. The NDRC requires only 50% of the funds raised to be used for green projects. Of the green corporate bonds issued in 2017, 43% of the funds raised were used to supplement working capital. By comparison, the Climate Bonds Initiative, a nongovernmental organization that promotes green bond issuance and certification, requires in its guidelines that 95% of the funds raised from green bonds be spent on green projects.

More than 58 billion yuan in green bonds issued in China last year did not meet international standards because of differences in green eligibility definitions, according to a report by the Climate Bonds Initiative and China Central Depository & Clearing Co., a source of information about the domestic bond market.

Green bond buyers would also ideally like to know what environmental benefits will come from their investments and how those benefits will be measured. Transparency is essential, said Marilyn Ceci, head of green bonds at investment bank JP Morgan. Issuers have a responsibility to tell investors how this debt can benefit the environment.

China’s regulators do demand some disclosure, but requirements differ by regulator and are usually lax or vague. In general, Chinese regulatory requirements also focus less on quantitative environmental benefits than foreign requirements do, according to research from the China Bond Credit Information Green Bond Research Team. A total of 10 billion yuan worth of bonds issued last year failed to meet international standards due to poor information disclosure, according to a February report by the Climate Bonds Initiative and China Central Depository & Clearing Co.

Under such loose supervision, compliance is less than ideal. By the end of June 2017, the information disclosure report for 2016 had been completed for only 48 of the 83 green bonds issued that year, and just 37 satisfied all the regulatory requirements, according to data from Golden Credit Rating International Co. Ltd.

Important information about projects can also be kept under wraps. For instance, Shanxi International Energy Group Co. Ltd. issued 480 million yuan worth of green bonds in 2017. But one of the companies involved in implementing the projects financed by these bonds had been previously punished for repeatedly breaching pollution standards. This information was not disclosed during the bond issuance.

Aside from information disclosure by the issuers themselves, nongovernmental organizations like the Climate Bonds Initiative also advocate the use of third-party certifiers. Just as credit rating agencies assess bonds on their creditworthiness, third-party certifiers try to determine just how environmentally friendly a bond touted as “green” really is.

But while there are more than a dozen of such certifiers in China, there is no regulator responsible for checking if any of them are doing their job properly. Neither are there any unified requirements that certifiers have to meet, or processes that they have to follow. Aside from casting doubt over how effective these certifiers are, this also means that they all use different criteria to assess whether a bond is green.

Currently, neither the PBOC nor the NDRC actually demand third-party certification. The PBOC just encourages it and the NDRC has no explicit requirements. However, more Chinese bonds get certification than international ones. Last year, 67% of Chinese green bonds got certified, compared with to 52.2% of those issued in the international market, according to data from the China Financial Information Network Green Finance Research Group and the Climate Bonds Initiative.

Regulators have recognized these problems, but so far progress has been slow. In December 2017, the PBOC and the China Securities Regulatory Commission released guidelines calling for a “Green Bond Standards Commission” to be set up, with the goal of establishing requirements for third-party certifiers, clarifying penalties, and stipulating certification procedures. But six months later, not much has happened. The commission exists only in name, and third-party certifiers still do not know who supervises them.

Improvements to information disclosure have been more encouraging. The PBOC also issued a notice in February proposing for the first time that green bonds be supervised and inspected throughout their duration. The notice requires issuers to disclose annual reports, detailed analysis of typical projects, as well as information on implementing companies’ environmental records. As far as Caixin understands, banks — which are the main issuers of green bonds — have already submitted the data, but nothing has been made public as yet.

Former PBOC Governor Zhou Xiaochuan said in May that fragmented standards, poor information disclosure, and certification issues in the green bond market all required much greater efforts to solve.

These problems are not unique to China — green bonds are a relatively new kind of security, and people are still working out how they should be used. Martin Skancke, chair of Principles for Responsible Investment (PRI), points to ongoing work by the European Union to create a “taxonomy” of green bonds, to make sure everyone who wants to use these instruments is on the same page.

For better information disclosure, Skancke thinks the pressure has to come from asset owners at the top, such as pension funds or foundations, because only these organizations have the long-term perspective required to really care about sustainable investing. Asset owners can tell their investment managers to demonstrate that what they invest in is actually green. In turn, investment managers will then ask the issuers of green bonds to prove they are as green as they say.

Fiona Reynolds, the managing director for PRI, told Caixin that the green bond story has been overwhelmingly one of success. While buyers and sellers of green bonds have to make sure the checks and balances are in place, markets should be allowed time to get off the ground, Reynolds said.