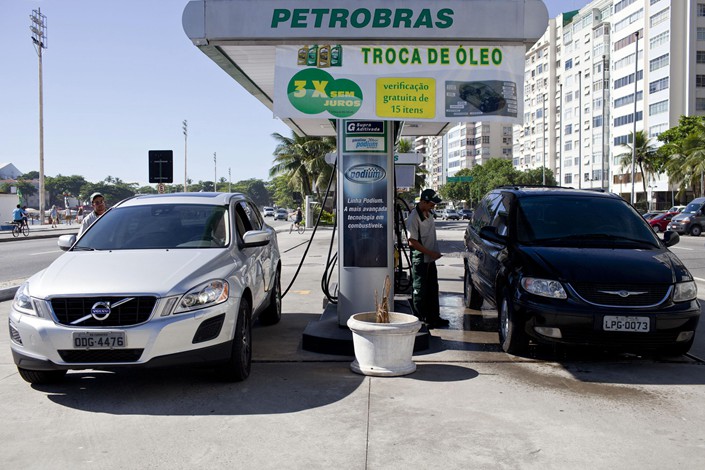 A Chinese state-owned oil giant plans to step in to help an embattled Brazilian peer finish a scandal-plagued $16 billion refinery near Rio de Janeiro in a move that could presage further Chinese energy deals in the country.

According to the document, CNPC will help Petrobras complete its vast Comperj refinery complex and develop the offshore Marlim oil field, one of Brazil’s most strategic oil discoveries.

Petrobras is thought to have poured around $13 billion into developing the Comperj refinery, which was expected to create more than 100,000 jobs when construction began in 2004.

However, the project was suspended in 2015 when a major police investigation known as “Operation Car Wash” discovered rampant corruption over development contracts involving Petrobras, with the scandal eventually leading to the impeachment and removal from office of then-Brazilian President Dilma Rousseff.

It is likely that CNPC will help to make up the $3 billion funding gap Petrobras needs to complete the project, although precise terms of a deal have yet to be announced.

“Petrobras is struggling to meet the $21 billion divestment target it is pursuing to ease the pressure of its enormous $91 billion debt, and Chinese investment could prove a lifeline both to the company and the government, which faces elections in October,” said Lucia Caamano, a senior analyst with AKE International. “Petrobras will not be able to keep key projects alive without finding new partners.”

Petrobras’ travails could prove a boon for oil-thirsty China, the world’s largest oil importer. With the U.S. reducing imports from the region and oil production stagnating elsewhere, the discovery of new reserves has led to substantial Chinese investment in Latin America, with Beijing lending nearly $140 billion to Latin American governments and state-owned enterprises in the 10 years up until 2017, according to a report from the Atlantic Council think tank.

Petrobras and CNPC have worked together as part of a consortium on Brazil’s Libra oil field, which started producing oil in 2017, the same year they also won exploration rights for the Peroba field.

However, the company’s previous dealings with Beijing have been criticized for a lack of transparency, such as a $10 billion China Development Bank loan in 2009. The Brazilian government and Petrobras will have to be clearer about their objectives if they are to avoid the pitfalls of the past, Caamano said.