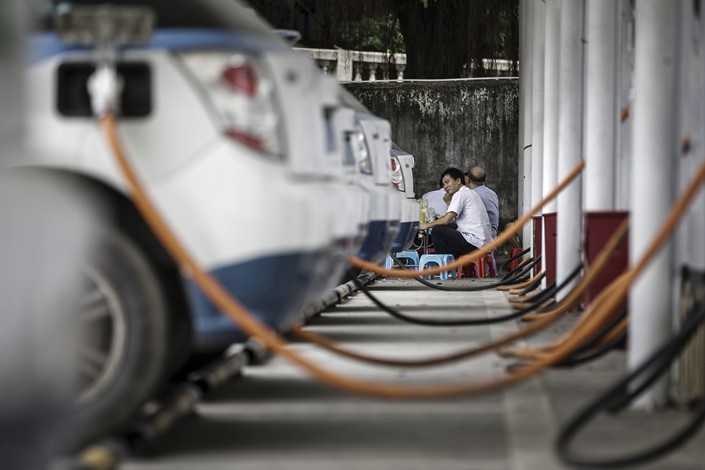 BYD Co. Ltd. has teamed up with a large state-owned automaker to produce electric-car batteries, as China’s largest new-energy vehicle company seeks to expand its battery business to meet demand beyond the needs of its own vehicles.

The new joint venture with Chongqing Changan Automobile Co. Ltd. in Chongqing will concentrate on manufacturing and marketing batteries for electric vehicles, with a planned production capacity of 10 gigawatt-hours (GWh), the companies announced (link in Chinese) on Thursday.

As part of the deal, Changan Automobile will acquire a stake in BYD’s battery business and will purchase some BYD batteries for its new-energy vehicles in the future.

“This strategic cooperation is a significant move by BYD to open up its battery production and marketing system, and will be very important to the long-term development of BYD’s battery business,” said Wang Chuanfu, chairman and president of BYD.

Shenzhen-based BYD, which began as a rechargeable-battery producer in the late 1990s, has developed into the country’s leading new-energy vehicle company, thanks largely to its robust capacity to build its own batteries.

But the company has begun to look for outside help to meet rising demand for batteries, spurred on by Beijing’s effort to discourage the use of fossil-fuel-powered vehicles.

However, the company faces tough competition from other battery manufacturers both at home and abroad.

Globally, BYD is competing with U.S.-based Tesla Inc. as well as peers from Japan and South Korea that want to cash in on rising global electric car demand.

Apart from battery production, BYD said it will also cooperate with Changan in other areas, including new-energy vehicle manufacturing and developing vehicles specifically for ride-hailing platforms.

Chongqing-based Changan is one of China’s largest state-owned automakers, with sales of around 3 million passenger vehicles last year.