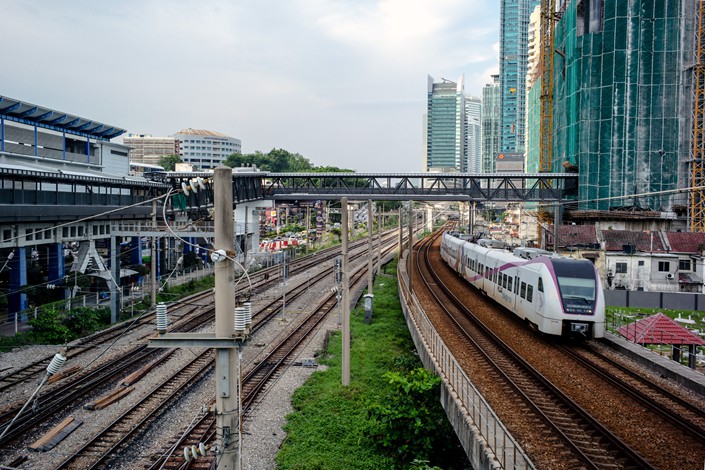 * It said the suspension will affect 2,250 local employees and hundreds of Malaysian suppliers and consultants

(Beijing) — China Communications Construction Co. Ltd. (CCCC), which was building a major section of the $20 billion East Coast Rail Link (ECRL) in Malaysia, said it has suspended the project at its client’s request.

The builder has received a letter from Malaysia Rail Link SDN BHD ordering “an immediate suspension of the contract under the ECRL project until further instructions,” it said in a statement issued Thursday.

Malaysia Rail Link is an entity established by the country’s Finance Ministry to administer the ECRL project.

CCCC said it felt “disappointed and worried” that the project has been suspended after 13% has been completed, and the suspension will affect 2,250 local employees and hundreds of Malaysian suppliers and consultants. The Malaysian side didn’t say when work would resume, the Chinese state-owned firm said.

Malaysian Prime Minister Mahathir Mohamad, who resumed leadership of the country in a shocking election victory in May, called the project “unnecessary” and said that he would look into mega-projects approved by the earlier administration that saddled the government with heavy debts.

CCCC is building a 530-kilometer (329-mile) section of the 688-kilometer ECRL, slated to connect the South China Sea off the east coast of Malaysia with shipping routes in the west. The railway is part of a larger Southeast Asian rail network that Chinese companies are building, including in Laos and

CCCC said in the statement that it will take measures to protect its rights and interests, and it asserted that the project’s suspension will not have a significant impact on its performance for the year.

In addition to the ECRL, Malaysia has this week also cancelled two pipeline projects that involved other state-owned Chinese firms.

“The decisions are solely directed towards the related contractors, relating to the provisions mentioned in the agreements, and not at any particular country,” Reuters quoted a Malaysian Finance Ministry statement as saying Thursday.