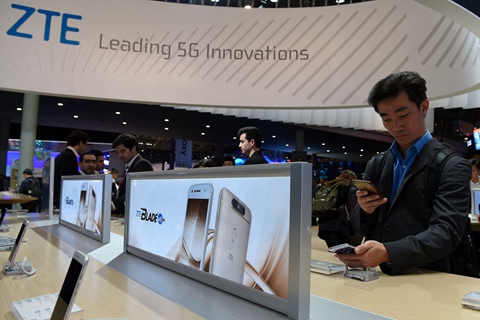 Chinese telecom company ZTE Corp. named a new chief executive officer and other top managers as a step toward getting the U.S. government to lift sanctions barring ZTE from buying American components.

Li Ying, a board member of the company’s financial services unit ZTE Finance, was named chief financial officer. Li, along with Wang Xiyu and Gu Junying were appointed executive vice presidents, according to the filing.

ZTE, China’s second-largest telecom equipment maker, suspended major operations after the U.S. imposed a seven-year ban in April on doing business with U.S. suppliers. The ban was a penalty for breaking a 2017 agreement that settled the company’s violation of sanctions against Iran. ZTE relies on U.S. companies such as Qualcomm and Intel Corp. for as much as a third of its components.

On June 7, ZTE agreed with the administration of U.S. President Donald Trump on a settlement to overhaul its top management, pay a $1 billion fine and put an additional $400 million into an escrow account for future penalties if it fails to uphold the settlement terms. Late last week the company said it replaced its entire board, another condition of the agreement.

The new board is led by 54-year-old Chairman Li Zixue and replaced a board led by Yin Yimin.

The U.S. Commerce Department said Tuesday that it will temporarily allow ZTE to resume importing U.S.-made equipment to support its core operations while the U.S. Congress continues to consider penalties on the company. Both the Senate and the House of Representatives passed amendments to their respective defense appropriations bills that aimed to rein in ZTE on national security concerns. The bills would have to be reconciled and approved by both chambers and then signed by Trump to become law.

ZTE said last week it was still waiting for Washington to lift the ban, and that it expected that it could resume operations within two weeks of that happening.

Under the June settlement, ZTE also agreed to replace all executives at or above senior vice president for itself and its wholly owned subsidiary ZTE Kangxun Telecom Co. within 30 days of June 8. It also agreed to remove any other executives involved in the wrongdoing.

The company will hire an independent compliance officer to monitor and assess the operations of ZTE and its global subsidiaries to ensure compliance with U.S. export laws, according to ZTE.