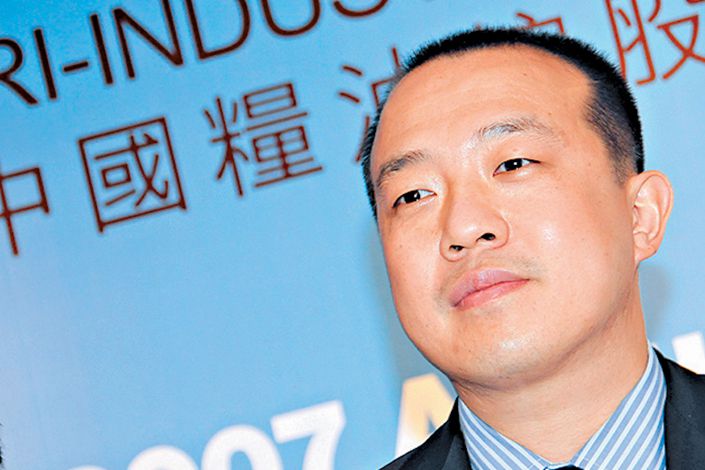 The appointment was announced Monday at a COFCO executive meeting by Gao Xuanmin, vice minister of the Organization Department of the Communist Party’s Central Committee, which overseas government official and state company executive selection, according sources close to the matter.

Lu, 51, worked at COFCO for more than 20 years and rose to deputy president of the food giant before he was transferred to China Grain Reserves Corp., or Sinograin, in 2015. Lu was named chairman of Sinograin in 2016.

His appointment follows a pattern of leadership exchange between COFCO and Sinograin. Zhao, 61, was also the chairman of Sinograin before taking COFCO’s top role in January 2016. Zhao followed COFCO’s long-serving former Chairman Ning Gaoning, known overseas as Frank Ning, who was transferred to Sinochem, a state-owned seeds and agrochemical giant.

COFCO has stepped up acquisitions and investments over the past several years in a bid to become the world's biggest food trader. In 2016, COFCO acquired domestic rivals Chinatex Corp., a state-owned textile trader, and China National Cotton Reserves Corp. The company also made overseas forays with deals to acquire Dutch grain trader Nidera and the agribusiness of Singapore-listed Noble Group Agri. In 2017, COFCO sold the seeds business of Nidera to Syngenta AG.