Sinovel to Pay More Than $50 Million in Trade-Secrets Case 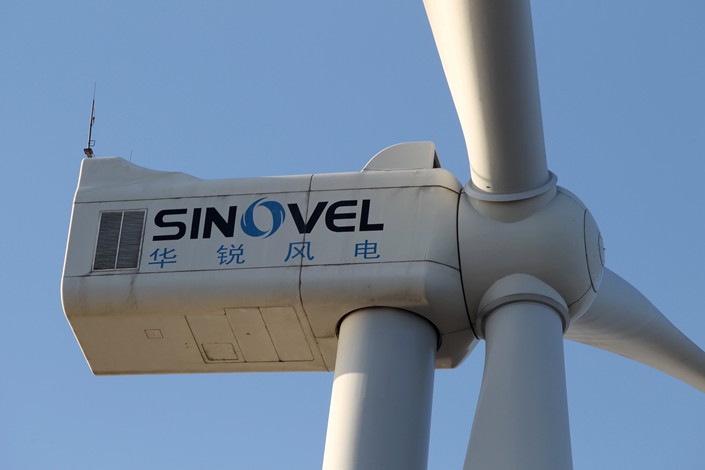 A U. S. federal court has ordered Sinovel Wind Group Co. Ltd. to pay a $1.5 million fine and $57.5 million in restitution after it was convicted of stealing trade secrets. Photo: VCG

Months after it was convicted of stealing trade secrets, one of China’s biggest wind-power companies has been fined and must compensate an American firm more than $50 million.

The U. S. District Court for the Western District of Wisconsin ordered Sinovel Wind Group Co. Ltd. to pay a $1.5 million penalty — the maximum amount for such a case.

Sinovel must also pay $57.5 million in restitution to the wind-technology firm from which it allegedly stole — U.S.-based AMSC, formerly known as American Superconductor Corp.

Beijing-based Sinovel said it paid the first installment, $32.5 million, on July 4, and must pay the final amount within 10 months.

It has now settled its legal suits with AMSC “to completely resolve the controversy,” it said in a filing (link in Chinese) to the Shanghai Stock Exchange on Sunday.

The filing detailed the history of the case but Sinovel didn’t acknowledge it committed theft. The turbine-maker added that it will continue to disclose developments in accordance with regulations and warned of potential investment risks for the company.

The case highlights the U.S. assertion that China has been stealing its intellectual property. The United States Trade Representative Office, which led a seven-month investigation into the allegations and made recommendations to U.S. President Donald Trump, found that “Chinese theft of American (intellectual property) currently costs between $225 billion and $600 billion annually,” CNN reported in March.

The judge ruled that AMSC’s losses from the theft exceeded $550 million, and imposed on Sinovel the maximum statutory fine of $1.5 million. Sinovel was also sentenced to one year of probation, during which it must pay the unpaid balance.

The AMSC statement said the second installment of $25 million is due by May 6, 2019. Sinovel will also pay $850,000 to additional victims within its year of probation.

The outcome concludes a lengthy legal battle that involved investigators in Austria, the U.S. and China.

Sinovel, along with three individual defendants, was originally charged in June 2013, when it was accused of having convinced one of AMSC’s Austria-based employees to illegally download the American firm’s software source code in 2011. According to prosecutors, Sinovel stole the source code to avoid handing over the $800 million it had previously agreed to pay AMSC for wind-turbine technology.

The U.S. Justice Department said AMSC subsequently lost more than $1 billion in shareholder equity and almost 700 jobs, according to a Reuters report.