By Fan Ruohong and Yang Ge 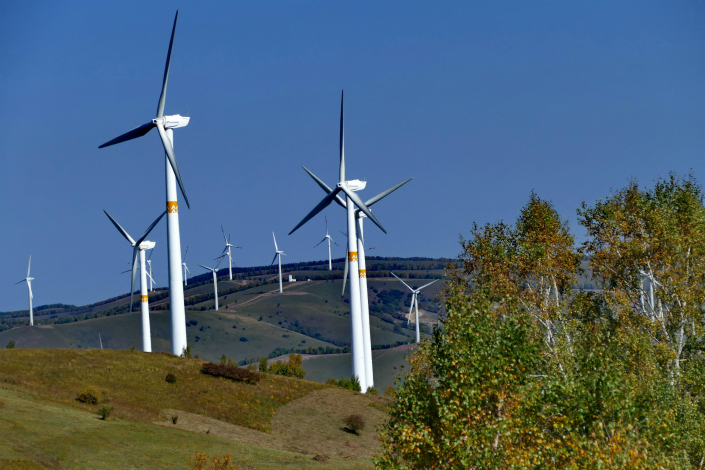 China will roll out a competitive bidding system for builders of new wind farms starting this year, as the renewable form of energy moves one step closer to self-sufficiency and the end to government support.

Like many major Western countries, China has embarked on a major campaign to build up the nation’s renewable energy sources over the last decade in a bid to wean itself from its traditional reliance on nonrenewable fossil fuels. That campaign has seen the construction of huge amounts of wind and solar power capacity, all with state support, though it has also created waste through poorly planned projects that can’t be connected to the grid or operate profitably at subsidized prices.

That means potential builders for such projects will need to submit bids based on the prices they expect to charge for power, which must be lower than the latest state-subsidized levels. The company whose bid contains the lowest price will be chosen to build the project, as Beijing seeks to eventually bring down wind-power prices to the same levels for power generated using coal.

In the past, builders of new wind projects were allowed to sell their power to the grid at artificially high state-set prices to offset their higher costs compared to power generated with coal. Those subsidized prices have dropped from between 0.51 yuan (8 U.S. cents) to 0.61 yuan per kilowatt-hour (kWh) a decade ago to between 0.40 yuan and 0.57 yuan at the start of this year, based on local conditions, as technology improves and producers gain more experience.

By comparison, coal-generated power still sells for a lower price of between 0.26 yuan to 0.45 yuan per kWh.

China had about 168 megawatts of wind power capacity at the end of March and generated 97.9 billion kWh of wind power in that period, up 39% from a year earlier, according to data published earlier this month by the NEA. Wind accounted for 9.2% of China’s installed power capacity at the end of last year, and about 4.8% of its actual output, according to government statistics.

Last year the NEA gave “red” warning labels to Heilongjiang, Jilin and Gansu provinces and the Inner Mongolia, Ningxia and Xinjiang autonomous regions, meaning no new wind-energy projects would be approved for those areas during the year. It made the move after determining those six had unacceptably high rates of wasted capacity, led by a waste rate of 43% for Gansu and 38% for Xinjiang.

The crackdown campaign helped the country roughly halve the overall rate of wasted power to 8.5% by the end of March, which was down by 8 percentage points from a year earlier.

The country has previously said it is aiming for parity in the price of wind and coal power by 2020, at which time there would be no more need for state subsidies.