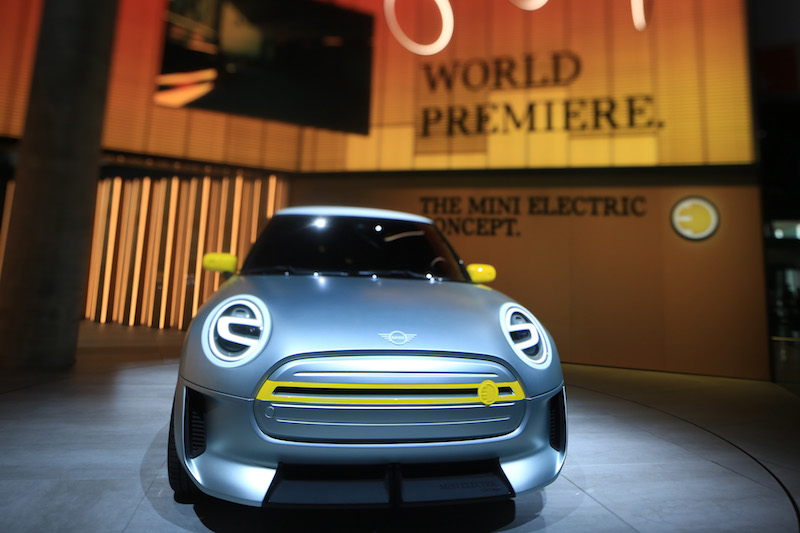 The German carmaker BMW Group will produce its Mini cars outside Europe for the first time in a new joint venture to build electric-powered vehicles in China, the world’s largest auto market.

BMW and Great Wall will invest 850 million yuan ($128 million) each in the new venture under a 15-year agreement. They will also help the company to raise capital from other investors to increase the total investment three-fold to 5.1 billion yuan, according to the agreement.

"Today's signing represents a new level of cooperation between China and Germany," BMW CEO Harald Krueger said in the statement. The deal is among business agreements unveiled at a Berlin summit this week between Chinese Premier Li Keqiang and German Chancellor Angela Merkel.

The BMW-Great Wall joint venture is the first to be announced following the Chinese government’s decision in April to ease restriction on foreign ownership of domestic auto factories. By the end of this year, foreign investors will be allowed to take full control of electric-car manufacturers.

BMW and Great Wall signed a letter of intent in February for the electric car venture. At that time, Great Wall was to be the majority shareholder, a provision that changed following the government policy revision. The new venture is pending regulatory approvals in China.

The new venture will produce the purely electric model of the Mini, which was revealed at the Frankfurt auto show in September 2017. The model is expected to go on sale in 2019.

China is BMW’s largest market with sales of nearly 600,000 vehicles last year, an increase of 15% from the previous year. That included 35,000 Mini vehicles, representing just under 10% of the 372,000 sold globally, according to the company.

BMW set up a China joint venture in China in 2003 with Shenyang-based Brilliance Auto. The venture, BMW Brilliance Automotive, operates two auto production sites and an engine plant, which includes a battery factory for locally produced electric BMW vehicles. BMW said earlier that it will start producing its electric iX3 model in Shenyang by 2020 and export globally.

China’s booming electric car market, the world’s largest, is attracting more global automakers to establish a presence amid Beijing’s push for new-energy vehicles to help reduce air pollution. Also on Tuesday, U.S. electric carmaker Tesla Inc. signed agreements with Shanghai authorities to set up a factory in the city, after the company’s years-long effort to bring production to China.