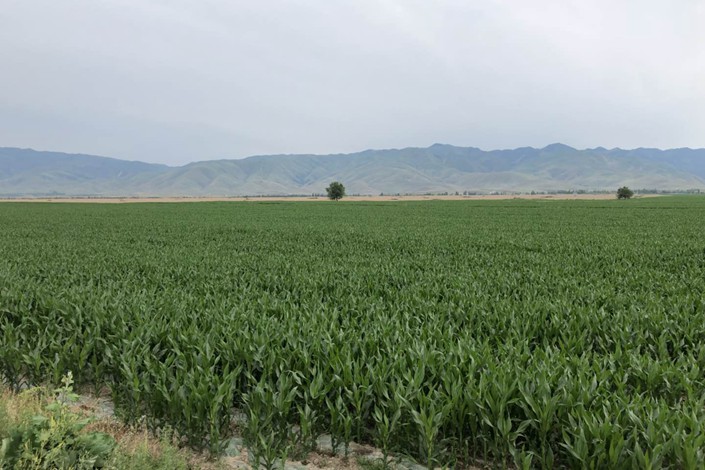 A Shenzhen-listed company has admitted illicitly selling genetically modified (GM) corn seeds that were subsequently planted on hundreds of acres of land in northwest China earlier this year — the latest GM crop scandal to hit the world’s most-populous country.

Shandong Denghai Seeds Co., Ltd said on Tuesday that its subsidiary in Yili prefecture in the Xinjiang autonomous region sold GM seeds to a local corn farmer who planted them over more than 420 acres of farmland in Gongliu county in Yili.

The admission, made in a filing to the Shenzhen Stock Exchange, followed the company’s disclosure on July 5 that three of its employees, including a deputy general manager, were taken into custody by police in May over allegations they were involved in illegal business operations linked to the sale of GM corn seeds.

Two junior employees were released under supervision earlier this month, while the senior executive, Li Hongsheng, remains in police custody, according to the company, which is based in Penglai in the eastern province of Shandong.

Shandong Denghai’s shares, which fell 5.6% after news of the detentions in early July, dropped 4% in Wednesday trading after the latest revelations, which were made in response to a demand for more information from the bourse regulators.

China allows imports of some genetically modified crops, such as corn and soybeans, for use in animal feed, but commercial planting of GM crops in the country, other than cotton and papaya, is banned.

Neither the Ministry of Agriculture and Rural Affairs nor the Bureau of Seed Management, which regulate GM crops in China, responded to inquiries from Caixin about the incident and whether the company will be punished.

Shandong Denghai said it had paid a total of 4.2 million yuan ($634,000) in compensation to the farmers who grew crops using the GM seeds.

It is not clear how the violation came to light, but allegations that Shandong Denghai was involved in the illicit plantation of GM corn have been swirling for weeks, and several farmers interviewed by Caixin in June said a local farmer who bought the seeds in question was ordered to destroy the crops.

In Tuesday’s filing, the company attributed the sale of the GM seeds to mismanagement at its Xinjiang subsidiary, saying staff may have mistaken them for conventional seeds.

The company said it had teamed up with Beijing Da Bei Nong Science and Technology Group to undertake research into genetically modified seeds in June 2014. Its researchers developed 12,000 kilograms (26,500 pounds) of GM corn seeds based on 400 seeds it received from its partner in October 2016 in anticipation that the government would ease restrictions on planting GM crops. The seeds had been stockpiled in a warehouse at the company’s Xinjiang subsidiary before they were sold earlier this year, it said.

China, which has made grain security one of its top priorities, has been plagued by violations of GM crop regulations in recent years.

Agricultural authorities in four provincial-level areas, including the northeastern province of Liaoning, were censured by the central government in November 2016 for failing to curb the cultivation of GM crops. The regulatory breaches were revealed in a survey published by Greenpeace, a global nongovernmental organization supporting environmental protection.