By Quan Yue and Ke Dawei 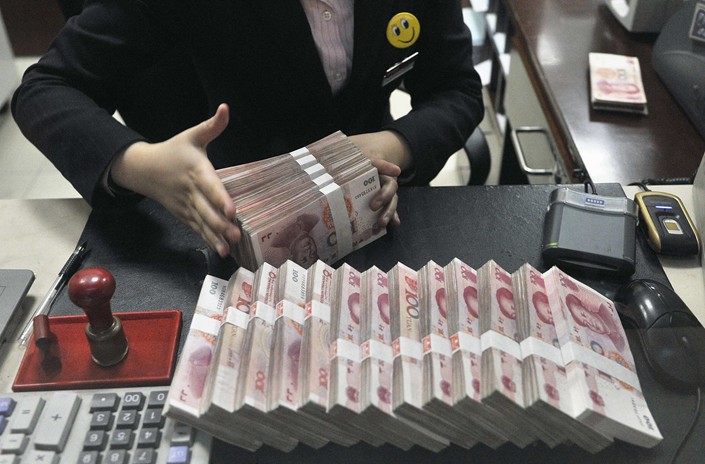 Zouping Rural Commercial Bank has had its rating lowered one notch to A+ from AA-. Photo: VCG

Another rural bank’s credit rating has been downgraded after a downturn in the manufacturing sector led to a rise in bad loans while tighter regulations have made it harder to disguise stressed assets.

Shandong Zouping Rural Commercial Bank Co. Ltd. had its rating lowered one notch to A+ from AA- with a negative outlook, Golden Credit Rating International Co. Ltd. said in a report released on Monday. This means while it is likely that it will be able to repay short and long-term debt, its solvency might be at risk, according to the ratings company. Secondary bonds of 2 billion yuan ($300 million) were also cut to A from A+.

The downgrade is largely a response to a surge in nonperforming loans in the manufacturing sector of Zouping county, which is administered by the Shandong province city of Binzhou, to which Shandong Zouping has been a major lender. The sector’s profitability is under pressure as it feels the squeeze of stricter environmental standards and other policy shifts, according to Golden Credit’s assessment.

Partly because of these difficulties, the value of Shandong Zouping’s nonperforming loans more than tripled from 284 million yuan in 2016 to 1.16 billion yuan in 2017, according to the report, while the ratio of such loans increased almost fourfold from 2.43% in 2016 to 9.28% last year.

The increase is also partly a response to stricter rules from the China Banking and Insurance Regulatory Commission, which has given city and rural commercial banks until the end of next year to classify all loans more than 90 days overdue as nonperforming. This policy is part of a wider effort to get China’s lenders to come clean about the extent of their bad debts, with rural banks often the worst offenders in failing to report stressed assets, Caixin learned last month.

Shandong Zouping’s difficulties reflect wider challenges across China’s rural banking sector, which is grappling with the impact of the new rules. Last week the Guizhou province-based Guiyang Rural Commercial Bank’s credit rating was also downgraded to A* from AA- after a similar increase in nonperforming loans across the wholesale, retailing, manufacturing and property sectors, to which it is significantly exposed.