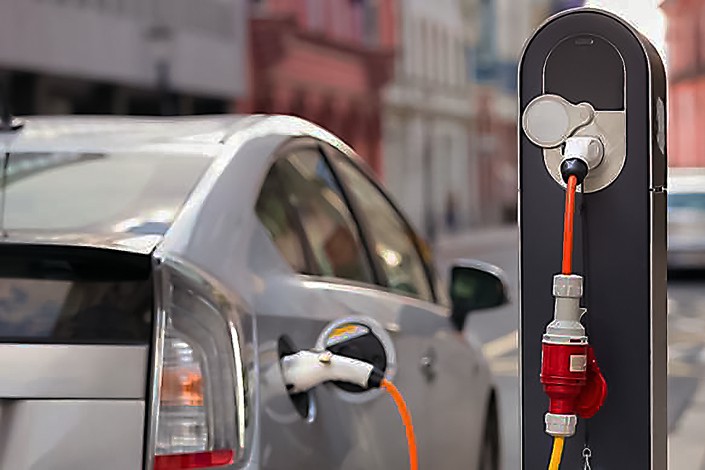 New-energy vehicles sales in China during the first half of the year doubled to 412,000 units, according to a government-backed industry association.

The vehicles sold over the period include 313,000 purely electrical vehicles and 99,000 hybrids, according to statistics released (link in Chinese) Wednesday by the China Association of Automobile Manufacturers. The total number of passenger cars sold during the period, including new-energy vehicles, was about 14 million — a 5.57% year-on-year increase.

Since 2010, China has provided generous subsidies to promote the use of new-energy vehicles, with the move away from traditional fossil-fuel engines forming part of the broader effort to clean up the country’s polluted air.

The sales figure for the first six months of 2018 exceeded the whole-year figure for 2015, when around 333,000 units were sold and China became the world’s largest new-energy vehicle market for the first time.

The country’s two largest players in the sector are the Beijing-based BJEV, an arm of the state-owned BAIC Group, and the Shenzhen-based BYD Co. Ltd. The pair accounted for nearly 30% of sales in 2017.

However, as Beijing has hit the brakes on incentives and plans to totally phase out subsidies by 2020, the market could face tough times ahead, industry analysts said.

China altered its policy on pure-electric vehicles earlier this year, raising the performance threshold they must pass to be eligible for subsidies from 100 kilometers (62 miles) on a single charge to up to 150 kilometers.

Already, one company has reported a slowdown. In May, BYD reported that its net profit fell 83% for the first quarter of 2018, citing reduced government incentives as the main reason.

Instead of subsidies, the nation will introduce a quota program — starting from next year — that will mandate that all automakers will have to ensure that a certain percentage of their output is composed of new-energy vehicles.