ZTE Shares Surge With End in Sight to U.S. Sanctions 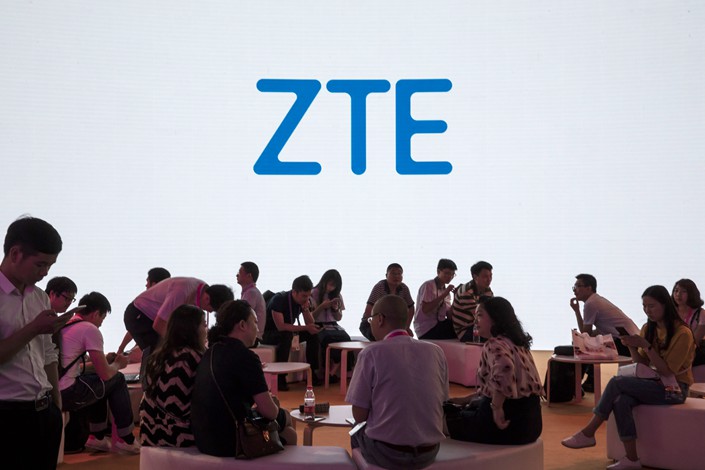 ZTE Corp. establishes a presence at the 2018 Mobile World Congress in Shanghai on June 28. Photo: VCG

Shares of embattled telecom equipment maker ZTE Corp. rallied sharply on Thursday after the company passed another major milestone in its bid for relief from U.S. sanctions that it previously called a threat to its existence.

At the same time, the company’s shares got another vote of confidence from a U.S. hedge fund that purchased 5.7% of its Hong Kong-listed stock, according to a new stock exchange filing.

ZTE’s Hong Kong stock jumped 25% in Thursday trade, while its other main listing in Shenzhen rose by the daily 10% maximum. At its current levels, the Hong Kong shares are still about 46% below their levels before the company’s crisis began in April. The shares had lost as much as 62% after Washington cut off ZTE from its American suppliers in April as punishment for violating U.S. rules banning the sale of American-made products to Iran.

The two sides reached a settlement last month that will allow ZTE to resume buying from its U.S. suppliers, including a $1 billion fine and placement of another $400 million in an escrow account that could be collected as fines if future violations occur.

The U.S. Department of Commerce has now signed an agreement regarding the escrow account, and is waiting for ZTE to put the funds into the account, the department said in a posting early Thursday, China time, on its Twitter account. Once the funds have been received, the department will issue an order lifting the ban on ZTE, it added.

“The ZTE settlement represents the toughest penalty and strictest compliance regime the department has ever imposed in such a case,” it said. “It will deter future bad actors and ensure the department is able to protect the United States from those that would do us harm.”

The case dates back more than five years, after Washington first opened an investigation into the illegal sales. But more recently, the matter has been drawn into the resolution of broader trade tensions between Beijing and Washington, as the case also highlights the heavy reliance on foreign technology by some of China’s biggest high-tech names.

Separately, a disclosure on Wednesday to the Hong Kong Stock Exchange revealed that hedge fund manager Jericho Capital has purchased about 5.7% of ZTE’s shares through off-exchange transactions. Jericho paid an average of $1.5834 for the shares in one of its most recent purchases, equivalent to about HK$12.32, or about 13% less than its latest closing price, after the Thursday rally.