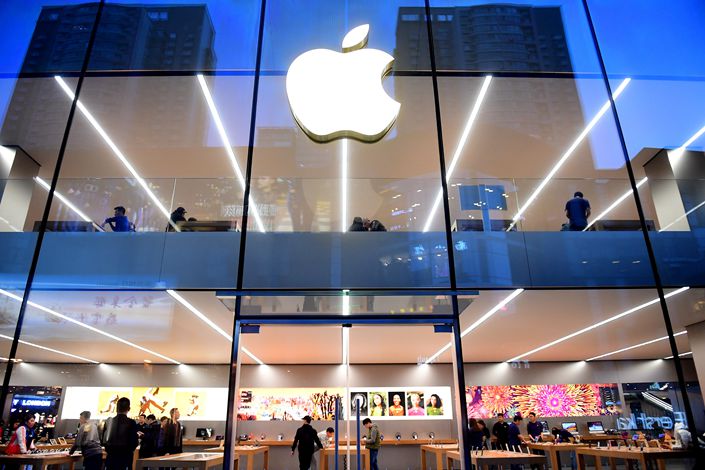 (Beijing) — Global tech giant Apple Inc. said it will lead the launch of a new $300 million fund to promote clean energy in China, representing the latest green initiative in one of its largest global markets.

Apple said the launch is part of a broader plan to connect its suppliers with renewable energy sources. It will team up with 10 of those suppliers to create the China Clean Energy Fund, which plans to invest the nearly $300 million over the next four years, according to an announcement released in the U.S. on Thursday.

The original 10 suppliers participating in the fund include Taiwan contract manufacturers Compal Electronics Inc., Pegatron Corp. and Wistron Corp., as well as U.S. glass-making giant Corning Inc. The fund will focus on finance for green energy power farms, such as wind and solar, with a total capacity of more than 1 gigawatt, or enough to power nearly 1 million homes.

“We’re thrilled so many of our suppliers are participating in the fund and hope this model can be replicated globally to help businesses of all sizes make a significant positive impact on our planet,” said Lisa Jackson, Apple’s vice president of environment, policy and social initiatives.

Apple has been at the forefront of a growing group of multinationals launching such projects in the important China market in a bid to show they are responsible corporate citizens. The company’s latest quarterly report shows it derives about a fifth of its revenue from the Greater China market. It is currently China’s fifth-largest smartphone seller by units shipped, with 11% of the market, according to data tracking firm IDC.

The environment is a particularly important issue for Beijing, as the country aims to clean up a severe pollution problem that is the direct result of China’s rapid industrialization. Dirty-burning coal used to generate electricity has been a particular focus, with Beijing strongly encouraging the development of cleaner renewable energy sources like wind, solar and hydropower.

The fund’s launch marks the latest environmental initiative for Apple in China. In 2015 the company announced plans to build two solar farms in China in partnership with new-energy specialist SunPower and four local partners. Apple’s Supplier Responsibility progress report last year showed a growing emphasis on the environment, highlighting changing priorities for the company in a China market where much of its manufacturing occurs.

Apple said its latest move is aimed at helping China’s vast field of manufacturers transition to cleaner new-energy sources, especially small manufacturers that may not have the resources or knowledge about how to make such a move.

“By virtue of its size and scale, the China Clean Energy Fund will give its participants the advantage of greater purchasing power and the ability to attain more attractive and diverse clean energy solutions,” Apple said. “The China Clean Energy Fund will be managed through a third party, DWS Group, which specializes in sustainable investments and will also invest in the fund.”