China Plans to Make Polluters Pay for Their Messes 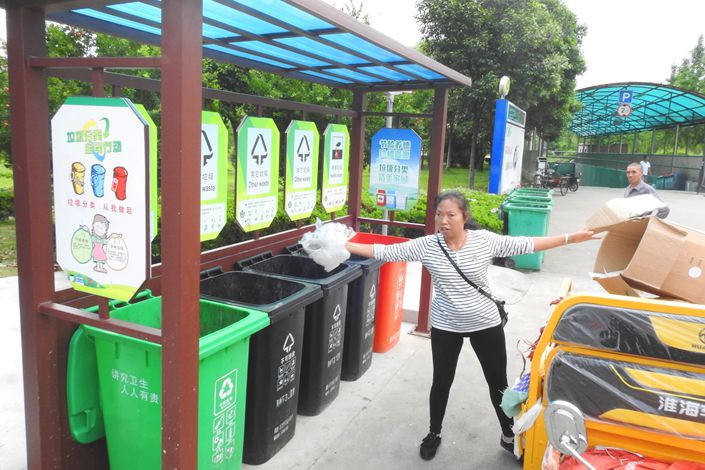 China’s top economic planner is devising a raft of market-pricing mechanisms that will force polluters to pay more to use resources such as water and electricity while making companies bear the brunt of cleanup costs.

The new rules will demonstrate how the Communist Party’s overarching goal of creating an “ecological civilization” — announced at the 19th National Congress last year — is to be implemented at the provincial, city and town levels, according to the National Development and Reform Commission (NDRC), which released the rules on Monday (link in Chinese).

While the government already employs some environmental pricing mechanisms, “they do not reflect resources’ scarcity, their ecological value and the cost of the environmental damage brought by their use,” said Yue Xiuhu, the head of the NDRC’s Pricing Supervision Department.

The new document attempts to take these factors into account and to introduce a pricing policy that “is conducive to promoting green development and reduces environmental costs.”

The pricing mechanisms are to be fully devised by 2020 and implemented by 2025.

According to the new rules, cities and towns across the country will have to introduce different charging mechanisms for corporate sewage; develop comprehensive city garbage waste disposal systems; and raise energy costs for highly polluting industries while lowering them for those involved in environmental protection, such as water treatment plants.

Businesses in industries that require more-intensive water treatment during or after the production process will be made to pay for the extra burden, particularly in industrial parks, which will also face more stringent wastewater requirements.

The Yangtze River Economic Belt — five economic clusters in which the government hopes to develop industries such as automobiles and digital information technology — has been earmarked to pioneer the water treatment regulations.

Energy-intensive and polluting industries such as iron and aluminum smelting and steel and cement production will also face having preferential electricity pricing policies removed, while eco-friendly industries such as sewage treatment plants, charging stations for electric vehicles and water desalination plants will enjoy greater government support.

The announcement comes a month after a sudden reversal in government policy support for the solar industry, when central government agencies jointly announced that China will stop granting subsidies to ordinary new solar projects this year while cutting existing incentive awards. The move caused a sudden contraction in demand from the world’s largest solar market, appearing to catch many by surprise.

The announcement of the market pricing mechanisms follows the unveiling of State Council plans to make 70% of China’s water fit for human contact by 2020. Currently, only a third of China’s water is suitable for inclusion in the water supply, according to the Institute for Public & Environmental Affairs.